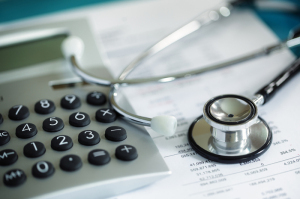 These were the findings of an MIT study just published in the July issue of the Journal of Health Economics.

"There is a sense that the U.S. could save roughly $1 trillion per year in wasteful health care spending, but knowing what spending is wasteful is difficult," co-author Joseph Doyle, the Erwin H. Schell Professor of Management Economics at the MIT Sloan School of Management told HCB News. "We find that for patients with emergency health conditions such as heart attacks and strokes, hospitals that provide more intensive levels of care during the inpatient stay have lower mortality and readmission rates."

The study consisted of more than 1.5 million Medicare claims data from 2002 to 2011. In designing the study, the researchers focused on the ambulance charge field in the data. Because ambulance calls are assigned on a first available basis, and different ambulance companies have hospital preferences based on geographic locations and agreements, it offers a randomized sample, according to the researchers. Randomized sampling is key in eliminating research sampling bias.

The average 90-day spending on patients in the study is almost $27,500. For every additional increase in spending of roughly $8,500, the researchers found a reduction in mortality risk of about two percent. However, the study finds about a five percent increase in mortality at hospitals that have relatively high rates of spending on downstream nursing facilities.

There were about 2,500 ambulance companies and 3,000 hospitals represented in the study.

"We find that patients effectively randomly assigned to hospitals that have high levels of downstream spending, principally on nursing home care, have substantially higher mortality compared to patients who go to hospitals where more of their other patients return home after their hospital stays," said Doyle.

Doyle added that the study suggests that practices of the most intensive service hospitals are "best." He added, however, that there could be other characteristics of hospitals — such as better physicians and better nurses — that could also explain the relationship.

According to the researchers, the study suggests that a significant amount of waste in U.S. health care may come from this post-acute care, and this should be a fertile area to study how to improve efficiency. The study is one in a series of studies by Doyle and colleagues that trace patient assignment to hospitals based on ambulance call practices, to determine hospital quality.