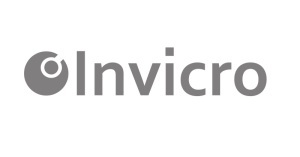 The combined features of both companies will cover the entire range of translational activities from preclinical development to late-phase clinical trials with integration between the two already underway.

“The companies have matured to the point that both were seeking to expand their respective geographic footprints across the Atlantic Ocean,” Jack Hoppin, Ph.D., co-founder and CEO of Invicro, told HCB News. “Additionally, both companies share an opinion that the global demand for imaging biomarker development in pharmaceutical research is at an inflection point. Combining efforts should accelerate growth of services across the entire market.”

The acquisition allows Invicro to expand its phase 2 and 3 Imaging Core Lab services in Europe while also providing it with Imanova’s research team and technology, including its advanced pharmacokinetic analysis platform and its C11 imaging services, both of which are complementary to Invicro’s technology.

Kevin Cox, the CEO of Imanova, says that integration is expected to be smooth with little impact on day-to-day operations.

“Our customers will benefit from Invicro's great strengths in imaging and informatics across the drug development life-cycle in a wide range of therapeutic areas,” he told HCB News. “Imanova will also be able to support the growth of Invicro's Core Lab services by providing more localized project management for European customers.”

The financial details of the agreement were not disclosed.