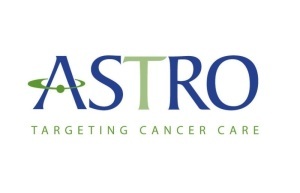 I was very impressed with ASTRO this year... Just like last year.

We all know that cancer treatment is multi-disciplinary by it's very nature and this show reflects that. Many specialties are represented at ASTRO and, as I have observed in previous years attending the event, there is a real spirit of cooperation in the air.

Defeating cancer is the common cause.

By my unofficial count the show was larger this year than last year.

Proton therapy was well represented at the show. That technology is now here to stay. Linear accelerators continue to dominate radiotherapy treatment and drug therapy remains a vital part of the tool kit.

There were lots on innovative technologies sprinkled throughout the show. Some new, and some I have seen before.

Varian introduced ASTRO attendees to Halcyon this year, the latest in its line of linac systems. It has a very unique look and I am told it is reasonably priced. Conceptually, it has some similarities to Accuray's Radixact, which also has a linac that rotates around the patient.

Elekta had the most interesting booth I have seen in a while.

Most of us know someone who has died of cancer. The companies and people at ASTRO are changing that.

A clinical look at the Varian Halcyon during ASTRO

When doctor becomes patient: A conversation with Lucy Kalanithi and Heather Wakelee at ASTRO

Elekta and IBA announce collaboration in proton therapy at ASTRO