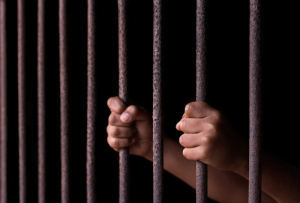 The ex-executive director of Cleveland Clinic Innovations is going to prison after he pleaded guilty in a scheme that bilked over $2.7 million out of the institution.

"Mr. Fingerhut has admitted his guilt and is very sorry for what he's done," his attorney, J. Timothy Bender of Bender, Alexander & Broome in Cleveland told Crain's.

Gary Fingerhut, 57, was hit with one count of conspiracy to commit wire fraud and honest services wire fraud and one count of making false statements in mid-September by the Northern District of Ohio's U.S. Attorney's Office concerning his involvement and payments he had received.

Fingerhut accepted nearly $469,000 as “money earned” from a subsidiary between August 2012 and November 2014 as part of the scheme, according to prosecutors.

The Clinic had fired him in 2015, after the FBI raised alarms.

"We were recently notified by a government agency regarding certain financial transactions involving one of our spinoff companies. The information led to the identification of violations in Cleveland Clinic policy and appropriate actions were taken. Cleveland Clinic was not a part of this inquiry. The Chairman of Innovations will conduct a search for a new executive director," the Clinic said in a statement reported by the Cleveland Plain Dealer at the time.

Fingerhut had been charged in September and formalized his plea agreement Tuesday before Magistrate Judge William Baughman.

The deal has both prosecution and defense requesting a federal prison sentence of 41 to 51 months – along with reimbursing the Clinic the entire $2.7 million.

The arrangement will permit Fingerhut a chance to negotiate a different amount, however. He will be sentenced by U.S. District Judge Christopher Boyko on January 30, 2018.

The Innovations group that Fingerhut led helped staff and physicians in the development and marketing of medical products.

As part of this effort, the Clinic had formed a subsidiary company, Interactive Visual Health Records (IVHR), and hired a consultant as CIO, who has not been charged and is known only as W.R. in court records.

In the scam, IVHR made a deal with a shell company, iStarFZE LLC (ISTAR) “that did not actually perform or provide any goods or services,” according to prosecutors.

W.R., who, like Fingerhut, was not supposed to profit from Clinic innovations, caused ISTAR to give the Clinic a bid to create IVHR software – and to boost the price – “without disclosing W.R.’s financial interest in ISTAR,” the AG charge stated.