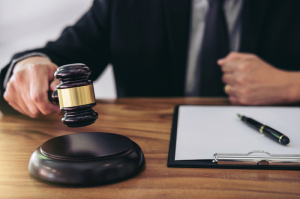 The spinal surgery solutions manufacturer filed a lawsuit in the Delaware Chancery Court, accusing Miles of breaching his fiduciary duties to NuVasive and its stakeholders, and of not adhering to a noncompetition agreement and other commitments made with NuVasive upon his resignation, to work as the executive chairman at Alphatec Holdings Inc.

“This step was not taken lightly, particularly given Mr. Miles' history with NuVasive,” said NuVasive in a statement. “Yet it is this history and Mr. Miles' intimate knowledge of the company and our proprietary information that makes his breach of fiduciary duties and contractual obligations so egregious, and this litigation necessary.”

The suit claims that Miles’ alleged actions began in January 2016 when, as president and chief operating officer at the time, he dissuaded the company from acquiring Alphatec, saying that it held an "aged, undifferentiated portfolio."

He is then purported to have executed a securities purchase agreement in March 2017 to buy $500,000 shares of Alphatec stock in a private placement, working with Alphatec to conceal the investment by buying the shares through an entity under the name of "MOM" without disclosing his status as the beneficial owner of the shares.

NuVasive alleges that Miles negotiated an offer for his position as Alphatec’s executive chairman while still employed by NuVasive, and of accepting an inducement as part of the negotiations of 1,000,000 restricted stock units, which hold a market value of $3,220,000 at Alphatec's closing price as of October 2017.

He is also accused of buying 1.3 million shares at $2.26 per share, an investment of a $2,938,000, and of planning to buy another 1.3 million shares of Alphatec stock at the closing of his purchase, using granted warrants, providing him ownership of up to potentially 23 percent of Alphatec’s outstanding stock.

Miles informed NuVasive of his resignation as vice chairman and a member of its board of directors on October 1, according to the suit, with the intention to start his new position at Alphatec the next day, and disregard contractual agreements made with NuVasive that include not working for competitors, soliciting NuVasive customers, or recruiting its employees.

Miles denies any wrongdoing, saying that the allegations are false and were prompted by anger and hurt over his decision to leave the company.
1(current)
2