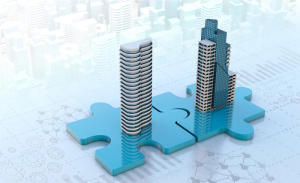 Mergers and acquisitions among hospitals
and health systems in 2017 are set to surpass
their 2016 mark
The number of transactions for mergers and acquisition among hospitals and health systems in 2017 is expected to surpass its 2016 mark, according to an analysis released by management consulting and software provider, Kaufman, Hall & Associates LLC.

A total of 87 transactions have been announced as of the end of the third quarter of 2017, with the number expected to rise past last year's 102, as hospitals seek out partnerships for enabling more access to enhanced patient care services and greater coordination across the care continuum.

“Providers are seeking partners for a number of reasons,” Anu Singh, managing director of Kaufman Hall, told HCB News. “One is to achieve economies necessary to lower total costs in the face of downward payment pressure. Another is to find partners with complementary capabilities necessary for a health care environment focused on managing population health across the continuum of care. In addition, partnerships can help with the intellectual and financial capital needed to develop innovative approaches to care, particularly outside the acute care core.”

The highest levels of partnership were recorded in New York, Pennsylvania and Illinois, with each announcing three transactions in the third quarter.

Twenty-nine in all were announced at the time, with eight being acquisitions by for-profit organizations and 19 by nonprofits. Two deals involved both nonprofit and for-profit transactions. Three transactions announced this year involved partnerships between academic medical centers and for-profit entities, two of which were in the third quarter. Other third quarter transaction announcements included five by a religiously-affiliated acquirer and the purchases of eight nonprofit, publicly owned hospitals.

Transactions involving large organizations with nearly $1 billion in revenue or more continue to grow, with eight announced this year, compared to four in 2016. One of two large scale transactions announced in the third quarter was between UNC Health Care and Carolinas HealthCare for combining their clinical, medical and research resources with a final agreement planned for the end of 2017.

The other was a plan for Ascension, the nation’s largest Catholic health provider, to acquire Presence Health, a Catholic health system with 12 hospitals, in a deal that would make Presence Health a part of AMITA Health, a joint venture between Ascension's Alexian Brothers Health System and Adventist Midwest Health, which is part of Adventist Health System.

Singh says such growth reflects a desire of these entities to pool their resources rather than compete against one another.

“The dynamic is less about competition between small and large providers,” he said, “and more about how they can work together in a complementary fashion, whether through formal or less formal collaboration, for the benefit of communities. This is part of the reason we see organizations of all types and levels of complexity participating, because there is a role for all to change the health care business model.”

The rise in transactions comes at a time in which consumer demands are rapidly changing, with hospitals and health systems slow to react, as was reported in another recent report by Kaufman Hall.