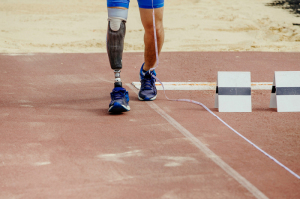 Payors, in questioning the value of
their money, are less inclined to
cover the cost of microprocessor
-controlled knees for US amputees
Medicare and private health insurers have created a tech gap by tightening eligibility criteria for U.S. amputees to qualify for new microprocessor-controlled knees (MPK), according to a new study released by the RAND Corporation.

Payors, in questioning the value of their money, have been less inclined to cover MPKs, which are slightly more expensive over a lifetime compared to non-MPKs (NMPK), and are more efficient in reducing the occurrence of preventable injuries and deaths.

“I think that in many instances, payors believe that short-term savings are an objective,” Tom Fise, executive director of the American Orthotic and Prosthetic Association (AOPA), told HCB News. “And so, if they can find a way to provide a cheaper device for today – even if long-term, it’s not cost-productive. That somehow, the people feel they’re achieving their economic missions.”

MPKs are equipped with a computer component that prevents trips and falls by anticipating changes in slope or the angle of the ground that a person walks on. NMPKs use technology developed in the 1970s that has not been significantly updated since, according to Fise.

The study consisted of a literature review of the clinical and economic impacts of prosthetic knees with technical experts discussing their findings in panel meetings and implementing a simulation model over a ten-year period for unilateral transfemoral Medicare amputees with Medicare Functional Classification Levels of 3 and 4.

MPK users were noted to experience a reduction in injury-related falls and incidents of osteoarthritis, and gained about 0.09 life years per person over ten years, compared to NMPK users. In the same time, MPKs are associated with an incremental cost of $10,604 per person and provide an increase of 0.91 quality-adjusted life years per person, resulting in a total incremental cost of $11,606 per quality-adjusted life year gained.

Yet, fewer amputees have had access to MPKs, with the study indicating a 15 percent decline in Medicare total payments from 2010 to 2014 despite advances in technology.

This lack of access to new technology puts many at risk of injury, with a fall rate of 86 percent among NMPK users compared to 26 percent of those who use advanced prosthetic technology. A total of 182 falls that result in injuries per 1,000 NMPK patients will take place each year with 14 resulting in death. In contrast, 38 MPK amputees out of the same number will experience falls with only three fatalities.

MPKs are associated with a decrease in direct health care costs by $3,676 per person per year, and indirect ones by $909 per person per year. Overall annual costs for MPK and NMPK users are $15,083 per patient and $13,382 per patient, respectively, creating a net increase of $1,702 based on current payment levels for devices and repair services. Economic benefits are comparable to those of total knee replacements and better than those of an implantable cardioverter defibrillator.
1(current)
2