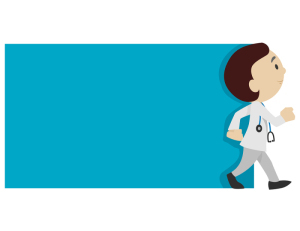 These are the findings by researchers from the American Medical Association (AMA), Mayo Clinic and Sanford University in a new study that attributes burnout, dissatisfaction with electronic health records (EHRs), and dissatisfaction with work-life integration as the main factors in these decisions, and warns that such trends could limit the availability of affordable and quality care for patients.

“Access to care for patients is dependent on there being a sufficient physician workforce. When that workforce is reduced, as physicians cut back their patient care hours or leave medicine altogether because of burnout, then patients are less able to get the care they need,” Dr. Christine Sinsky, the vice president of professional satisfaction at AMA and one of the authors of the study, told HCB News. “In addition, and equally as important, a reduced physician workforce decreases the continuity that patients have with a personal physician. Each of those has downstream consequences in terms of cost of care and quality of care.”

Fallbacks in hours and a decline in personal physicians can cause patients to seek treatment elsewhere, such as in the form of urgent or emergency care, which is often more expensive and may be less appropriate in meeting their needs.

Researchers created and sent out a survey to 35,922 physicians, and received responses from 6,880. Of this number, 6,695 physicians were in clinical practice at the time the survey was conducted, with 6,452 respondents answering the question about reducing clinical hours and 6496 answering the one about leaving their current practice.

A total of 1,275 professed a likelihood or definite decision to reduce hours in the next 12 months, and 1,726 said they were likely or set to leave their current practice sometime in the next two years. An additional 126 indicated plans to leave medicine all together and pursue other careers.

Burnout is noted as the biggest influence in a physician’s choice to leave medicine with the study indicating that if 30 percent follow through with their plans to quit, the result will be an estimated loss of approximately 4,759, roughly equivalent to the elimination of 19 graduating classes from U.S. medical schools in each of the next two years.

Dissatisfaction with EHRs contributes to burnout, with many physicians believing that data entry and clerical tasks associated with EHR take time away from assisting patients. Such tasks also create dissatisfaction with work-life integration, often cutting into personal time that physicians have with family and friends by requiring one to two hours each night of EHR and desk work.

Sinsky says providers should implement procedures and policies that reduce the workload of physicians, allowing them to spend more time with their patients during work hours and personal time with their family and friends.

The findings were published in the latest issue of Mayo Clinic Proceedings.