MIPS and MACRA to continue, physician panel advises rads to take the lead in ACOs 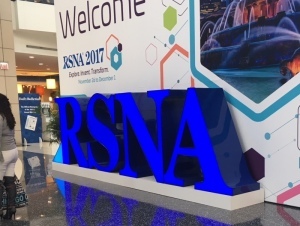 #RSNA17
CHICAGO — A panel of three physicians – including two radiologists – shared their experience practicing in a value-based medical world in a Monday RSNA session.

While the transition to CMS physician payments based on cost and quality measures will likely slow and shift to private sector models under the Trump administration, there is still rare, strong bi-partisan support for the Merit-based Incentive Payment System (MIPS) approved under the Medicare Access and CHIP Reauthorization Act (MACRA) in 2015.

“It’s hard to imagine that the U.S. can spend more money than it does today for health care,” Dr. Jim Whitfill, chief medical officer, Innovation Care Partners and Clinical Associate Professor, University of Arizona College of Medicine said. “Economists believe we are approaching the maximum level.”

He explained that the total percentage of GDP health care is expected to rise to 20 percent by 2025, up from the current 18 percent. With health care now comprising 25 percent of the federal budget, CMS, under its latest director, Seema Verma, will likely shift to a managed care model emphasizing choice, quality and cost.

To date, said Whitfill, ACOs are showing some modest gains in controlling costs. However, he also presented data that does not indicate a strong correlation between quality outcomes and cost controls.

Future areas of focus for CMS will be to develop alternative payment MIPS models for specialists, including radiologists. Whitfill and Dr. Rodney Owen, FACR a radiologist with Scottsdale Medical Imaging and a member of the same ACO, said there was little that radiologists can do to impact procedure costs in a meaningful way. He presented data that did not indicate a correlation in the use rates of MR and CT to lower total costs.

Rather, he said, radiologists need to support primary care physicians in an ACO with timely reading turnaround to help manage chronic and emergent patients to avoid unnecessary, costly hospital admissions.

He also advocated that radiologists get involved in ACO leadership to ensure that imaging metrics are properly represented. He presented financial information from two separate ACOs in the Scottsdale area that showed that an ACO with strong physician involvement performed much better financially with strong physician participation.

The third speaker, Dr. Gary Dent, a radiologist and assistant dean of Strategy and Innovation, Mercer University School of Medicine, told HCB News that findings under the MIPS program that favor large groups over solo practices in meeting quality measures were flawed. This, he and Whitfill asserted, is evidence that the federal payment models need more work. Rural primary care providers, they noted, were more likely to be in solo practices and lacked the financial resources to finance quality reporting systems.