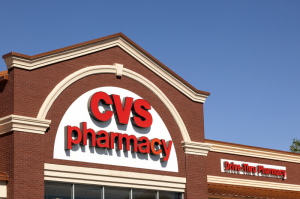 He reassured members that the deal “will have no immediate effect on your benefits,” adding that, “we will use CVS Health’s footprint of more than 9,700 retail stores and 1,100 in-store clinics to establish entirely new community health hubs dedicated to improving consumer well-being and answering questions about health, prescription drugs and health care benefits.”

“We think of it as creating a new front door to health care in America,” said CVS Health’s chief executive, Larry J. Merlo, according to the The New York Times.

Aetna stated that the deal would fill “an unmet need" in the current health care system “increasing numbers of consumers are taking on more and more responsibility for paying for their health care as the burden of costs is being shifted to them,” according to the company.

The deal, if it passes regulatory hurdles, will offer consumers a more “integrated” experience, claims the company.

“We are obviously going to get some scrutiny,” said Bertolini according to Bloomberg News. “We are prepared to deal with whatever comes along to make this work.”

It could save the combined firms around $750 million.

It will also allow a vertical integration that some say is a response to fears surrounding Amazon's potential to disrupt the market.

Such deals have usually won approval in the past, but that may not be true going forward – as evidenced by the suit by the DOJ to block a similar vertical deal between AT&T and Time Warner.

“Most vertical deals don’t raise antitrust concerns, and the ones that do generally get approval to close with an agreement containing behavioral conditions,” according to Jennifer Rie, a Bloomberg Intelligence analyst. “But the Justice Department appears to be rejecting this kind of remedy, given its approach to the AT&T-Time Warner deal.”

Michael Newshel, an analyst at Evercore ISI, told Bloomberg that Aetna could be required to unload its Medicare-related drug business either in part or completely to seal the deal, advising that it “would definitely be scrutinized, but ultimately we still see a path for it to get through.”
1(current)
2