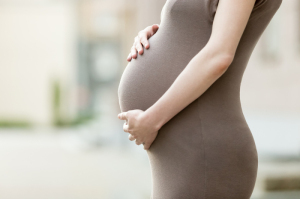 Scientists at the University of California, Los Angeles (UCLA) have found that MR can provide insights into how the blood of the mother enters the placenta to deliver oxygen and nutrients to the fetus, enabling them to assess the health of the temporary organ and distinguish between ones that are functioning normally and ones that are not. Their findings were published in the Journal of Magnetic Resonance Imaging.

“A healthy placenta is crucial to the good health of the pregnancy,” Dr. Carla Janzen, one of the co-authors of the study and an associate professor of obstetrics-gynecology, told HCB News. “While in utero, this organ serves as the fetal lung and liver and performs other vital functions.”

Abnormal placenta functioning can be an indication of complications such as premature birth, placental stroke, intrauterine growth restriction and gestational hypertension and preeclampsia, with few methods available for accurately studying it early in pregnancy.

Researchers used MR to track water molecules in the arterial blood of 34 women during their second trimester of pregnancy, enabling them to measure the amount of blood that entered the placenta and reached the fetus in the womb.

The authors were thereby able to more accurately determine the health of placentas and use the information to predict and prevent complications from taking place later in pregnancies, before symptoms or testing occurred.

The choice of MR for this study stems from the fact that it is the only noninvasive imaging modality that can provide volumetric quantitative perfusion information. Though researchers are confident of its potential, further study and challenges with the modality must be addressed.

“The cost of MR is the main limitation, and this needs to be further studied to become a standard imaging tool,” Dr. Kyung Sung, the first author of the study and an assistant professor of radiology, told HCB News. “However, we believe MR has great potential to become a standard tool for a selected patient cohort to predict and prevent placenta insufficiencies.”

Researchers at five U.S. universities recently found that functional MR could potentially serve as a tool for detecting suicidal tendencies.

The study was funded by the National Institute of Child Health and Human Development, through its Human Placenta Project.