Will U.S. healthcare innovate or stagnate?

Will U.S. healthcare innovate or stagnate? 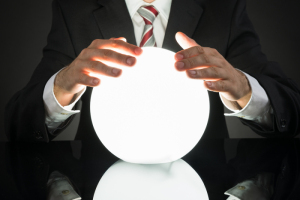 Dr. John Halamka is the CIO at Beth Israel Deaconess Medical Center, CIO and dean for technology at Harvard Medical School, chairs a number of high-profile organizations, is a practicing emergency physician and still manages to find time to sneak in some thought-provoking blog posts on a frequent basis. However, at the risk of sounding like a pitchman, that’s not all.

Halamka is also doing work with The Gates Foundation to leverage biometrics and technology available to developing countries in order to provide better care to underserved and vulnerable populations.

He credits his deep dive into the world of health IT to an individual that science and medicine was able to make better, stronger, faster. Yes, The Six Million Dollar Man provided the initial spark of interest. Regardless of the fiction – probably more about the low price tag today rather than the imbued abilities – Halamka, who was 11 when the pilot premiered, accepted the premise that computing technology would become inexpensive and universal during his lifetime. However, Halamka also believed, “The challenge of connecting to biological systems and medical technology would last beyond my lifetime.”

By the ripe age of 12, he made the determination to devote his life to the intersection of computing and healthcare.

Even with faith in technology and an optimistic view of where it would lead the world, young John couldn’t have dreamed he’d be blogging about his work with The Gates Foundation, using basic phone apps, low bandwith clouds and blockchain technology to improve the lives of people across the Atlantic, yet that’s what he’s doing today. “We’ve already delivered pilot applications and devices to Gates and in 2018, we’ll deploy live systems that use iris scanning to link patient lab results across the country, coordinating care for HIV among clinical and hospitals nationwide,” he shared.

While his and The Gates Foundation’s efforts are admirable and needed and could even benefit similar efforts in the United States, it’s something Halamka is less optimistic about. “South Africa has a single national laboratory system and consistent privacy policies across the entire country. Strategic planning is done at the federal level. There is an urgency to change because of the HIV crisis. Partisan politics are not an issue,” he said.

Since he’s working with The Gates Foundation and the namesake’s wealth came in part, from the wild popularity of the Internet, I asked Halamka for his thoughts on the recent announcement about Amazon teaming up with Buffet and JP Morgan on a new health venture. He feels that although Amazon’s plans aren’t clear yet, he imagines they will experiment with apps and cloud-hosted services to simplify a patient’s journey though the healthcare maze. “I’m the ‘care traffic controller’ for all generations of my family. Portals are not helpful. The tools we have are insufficient for purpose,” he said. “I’m guessing that Amazon will spend millions figuring out what works, then make the platform available to the country, earning billions.”
1(current)
2