Physicians should be granted immunity to malpractice lawsuits, says study 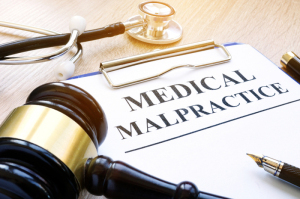 A new study claims that greater
immunity for physicians leads to fewer
adverse events
A new study may pave the way for greater physician immunity from malpractice lawsuits.

Researchers at Jackson Memorial Hospital, the University of Miami’s main teaching hospital, found that when extending sovereign immunity to physicians, providers experienced a decrease in the number of adverse events with no negative impact on patient safety.

“This study suggests that without the threat of malpractice lawsuits, physicians are still committed to delivering the safest, highest quality patient care possible,” said Dr. David A. Lubarsky, chief medical and systems integration officer at the University of Miami Health System and the lead author of the study, in a statement.

Medical malpractice premiums have risen in parts of the U.S., dissuading physicians from taking on specialties viewed as high-risk, and employing so-called defensive medicinal practices such as unnecessary testing and procedures, each of which poses the potential for mishaps.

Approximately 900 physicians working at Jackson Memorial received sovereign immunity from medical malpractice claims with the change in immunity led by Donna Shalala, former U of M president and former secretary of the U.S. Department of Health and Human Services.

The study found at the end of six years, a drop by 13 percent in the occurrence of harmful events over four years. Such a result strengthens arguments made in past studies, including one from early 2017 that recorded no correlation between initiating stronger laws for medical malpractice and better outcomes with less surgical complications. https://www.dotmed.com/news/story/34891

Lubarsky says that while such a decline is positive, immunity alone will not lead to safer practices. He notes that factors such as better patient data sharing, education, safety management systems, EMRs with defaults for best practices and enhanced error reporting, must be incorporated.

“An effective liability system should offer incentives to institutions that adopt safer systems,” he said in a statement. “These investments should result in fewer adverse events and increased quality than tort reform alone.”

Though premiums may be on the rise, the overall rate of claims paid on behalf of all physicians decreased between 1992 and 2014 by 55.7 percent, according to a study conducted last March by physicians at Brigham and Women's Hospital. The study based its findings on data from the National Practitioner Data Bank, a database of paid malpractice claims created by Congress in 1986.

The study, conducted in Miami, was published in the journal, Health Management, Policy and Innovation (HMPI).

Neither the University of Miami nor the authors responded for comment.