Philips racks up more than $4 billion in first quarter sales 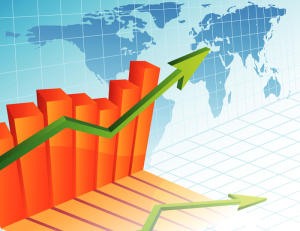 “We improved our operational profitability by 1.3 percent,” Steve Klink, head of Philips’ Group Press Office, told HCB News. “We had a good ten percent order intake growth. So overall, good results, particularly driven by our diagnosis and treatment business. Combined, they grew a very strong nine percent. Overall, we are completely on track in terms of our guidance for the period of 2017-2020.”

Made up of ultrasound, image-guided therapy and diagnostic imaging, diagnostic and treatment businesses at Philips grew 15 percent in comparable order intake, driven by double-digit growth across all businesses. It also obtained a 1.4 percent higher adjusted EBITA than in the same period last year.

The company’s personal health businesses experienced a growth of 4 percent in comparable sales with an adjusted EBITA margin increase of 0.3 percent, while its connected care and health informatics businesses rose by one percent in comparable order intake, with an adjusted EBITA margin improvement of 1.8 percent due to operational improvements. Comparable sales growth was flat year-on-year with a recorded double-digit growth in healthcare informatics.

Growth in these areas can be attributed to several innovations, including, but not limited to, the launch of Philips’ Ingenia Elition; FDA clearance of its ProxiDiagnost N90 digital X-ray solution; expansion of its ultrasound business beyond cardiac and into fields such as OB/GYN; and the signing of eight long-term strategic partnership agreements across the U.S., Europe and the Middle East.

Comparable order intake for the enterprise increased 10 percent compared to that of 2017 with an operating cash inflow of more than $110 million (€92 million). Procurement savings amounted to more than $60 million (€50 million), with overhead productivity programs producing close to $62 million (€51 million) in savings.

The news comes despite a consent decree issued in 2017 that forced Philips’ to suspend production of its automated external defibrillators after the FDA accused it of manufacturing and shipping them under conditions that did not meet quality manufacturing procedures.
1(current)
2