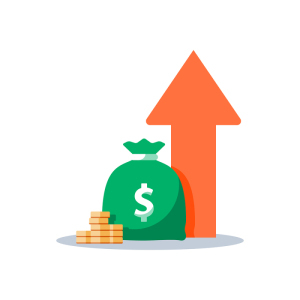 The increase follows the recent launch of its initial public offering in March, with growth driven by its imaging segment, advanced therapies segment, and diagnostics segment. Profit margins adjusted for non-recurring effects reached 17.4 percent despite negative currency effects, while adjusted profit stabilized at over $660 million (€560 million) compared to the second quarter of 2017.

“The IPO was a strategic move that enables us to be more flexible, leaner and customer oriented than before,” Michael Reitermann, managing board member of Siemens Healthineers AG, told HCB News. “As a listed company, we hold firmly to our strength – innovation power, quality and customer proximity. At the end of the day, if you convince your customers in the market, you will also win in the capital market.”

Following adjustments, net income for the German-based healthcare giant skyrocketed by 26 percent to more than $505 million (€428 million). Much of this growth was due to the success of its imaging segment which incurred six percent higher revenue in over a year to more than $2 billion (€1.9 billion).

Significant growth took place in the U.S., China and Latin America, brought on by a strong demand in sales and services for MR, CT and ultrasound. Adjusted profit went up from more than $410 million (€346 million) in 2017 to over $445 million (€376 million), while adjusted profit margin rose by 2 percent to 19.3 percent.

The company’s advanced therapies segment also grew by two percent, reaching over $415 million (€352 million). Adjusted second-quarter profit, however, dropped from more than $90 million (€80 million) to less than $70 million (€56 million), as did adjusted profit margin from 21.2 percent in the previous quarter to 16 percent, due to negative currency effects and increased investments in research and development.

Diagnostics experienced solid rises in Europe/Middle East/Africa and a slight bump in the Asia-Pacific region. Though consumer restraint in the Americas kept growth low on a comparable basis, at over $1.1 billion (€970 million) for the second quarter with a year-over-year adjusted profit margin of 13.6 percent. Adjusted profits amounted to more than $150 million (€132 million) compared to over $165 million (€143 million) in the second quarter of last year.

The market launch of the solution is on schedule, with more than 250 shipped at the end of the second quarter.

Reitermann says the goal for Siemens is to install between 800 and 1,000 units by the end of the fiscal year, and that the positive results reflect the successful completion of this and other goals the company plans to reach in 2018.

“We expect a comparable revenue growth to be in the range of three to four percent, compared to the previous fiscal year, and an adjusted profit margin of between 17 and 18 percent,” he said. “At least as important is our continuous commitment to become the partner of choice for our customers.”