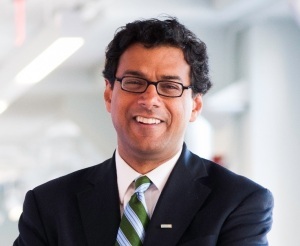 Gawande practices general and endocrine surgery at Brigham and Women’s Hospital and is professor at the Harvard T.H. Chan School of Public Health and Harvard Medical School – and is well known as a best-selling author and New Yorker magazine writer, and for his efforts in public health, especially through his health innovations center, Ariadne Labs.

His four New York Times bestsellers include: Complications, Better, The Checklist Manifesto, and Being Mortal.

While Gawande is a respected doctor, author and innovator, he has less big-healthcare management background than others considered for the position, according to The New York Times.

“He’s such a well-known health care luminary and keen observer, but this is a big leap,” Dr. Lisa Bielamowicz, a co-founder of consultancy Gist Healthcare, told the paper, adding that, “he hasn’t led a huge team or company.”

But the choice was not entirely surprising. When Gawande wrote his 2009 New Yorker magazine piece, “The Cost Conundrum,” which exposed excessive care covered by Medicare in McAllen, Texas, it sent a jolt through the health system – and got the attention of Berkshire's Charlie Munger, who sent the author $20,000 by way of thanks.

Gawande gave the money to Brigham and Women's Hospital, according to the Huffington Post.

He will take the reins of the new “Big 3” healthcare effort effective July 9, in Boston, where the new firm will operate “free from profit-making incentives and constraints,” the companies announced in a joint statement.

“I’m thrilled to be named CEO of this healthcare initiative,” said Gawande.

As a health innovator he is arguably best known for his large-scale implementation and test of the “checklist” in 2017.

Working on a five-year project with the South Carolina Hospital Association and the Harvard T.H. Chan School of Public Health, Ariadne Labs reported on the results of the trial in the Annals of Surgery.

The study, on the Safe Surgery South Carolina effort, found post-surgery death rates in the 14 hospitals that completed the program were 3.38 percent in 2010 (before surgery checklist use) and fell to 2.84 percent in 2013 after its implementation.
1(current)
2