US hospital settles lawsuit over radiology services out of court 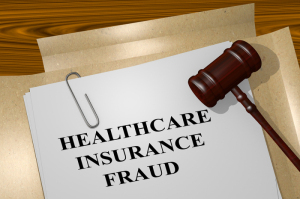 A lawsuit against Bozeman Health over
radiology services has been settled
out of court
Allegations of kickbacks made by a hospital to retain a monopoly on radiology services in its area have been put to rest in an out-of-court settlement.

A Montana judge of the U.S. District Court in Butte dismissed a two-year-old lawsuit last month made against Bozeman Deaconess Health Services, Bozeman Health Deaconess Hospital and Advanced Medical Imaging under the False Claims Act, upon word that the parties reached a resolution.

Filed by radiologists Drs. Frank Remert and Michael Paradise, the suit accused the hospital of persuading local radiology group, Intercity Radiology (ICR), of entering into a “sham” joint venture, in which it made fraudulent claims to U.S. agencies in order to stay in control of the majority of radiology services performed in Gallatin County, according to the Bozeman Daily Chronicle.

“While we will defend our organization and its longstanding integrity, our primary focus remains on serving our patients and communities with high quality, high reliability and high value to improve community health and quality of life,” Ian McIntosh, one of Bozeman’s attorneys, said in a statement when the suit was first filed.

Following their dismissal in 2011 from ICR, Remert and Paradise took legal action against Bozeman Health, accusing it of dissuading their former employer from opening up its own outpatient imaging center, which would have made it a competitor with better office hours and faster services for MR, CT, and ultrasound at lower prices, and to instead engage in a joint venture which was named Advanced Medical Imaging (AMI).

Under the agreement, the hospital held 77.5 percent ownership, with the rest belonging to ICR. During negotiations, Bozeman Health is alleged to have proposed referring outpatients to AMI for MR, CT, mammography, women’s diagnostic exams and DEXA scans, in exchange for reimbursements, and to have offered ICR the option to pay less for patient referrals despite its attorneys expressing concern that such referrals violated the federal Anti-Kickback Statute.

The two proceeded with the agreement, with ICR agreeing to a non-competition clause that forbade employees from participating at other outpatient imaging centers in exchange for referrals.

Upon discovering that the referrals to AMI for the same services reduced revenue received from Bozeman Health due to the 22.5 percent revenue awarded to ICR, the hospital adjusted its referrals to a predetermined number and hired a “patient care navigator” at AMI who would refer breast cancer patients back to Bozeman Health. Attorneys for the hospital deny the allegations, arguing that ICR hired consultants to develop a business plan for a potential center but that it showed interest too in a joint venture with Bozeman, according to two of the consultant reports from 2002.

They also argued that a non-compensation agreement between the two was in place almost two years before the formation of AMI, and that since the suit, Bozeman Health Deaconess Hospital and AMI have submitted hundreds of Medicare and Medicaid claims to the U.S. Department of Health and Human Services, and the state, all of which have been paid by them.

As part of the resolution, Rembert and Paradise will receive an undisclosed sum of settlement funds. The Department of Public Health and Human Services for the state of Montana will receive $238,820, of which 66,869 will go to the plaintiffs, according to the Montana Attorney General’s Office. The U.S. cut is unknown.

The suit was filed by Goetz, Baldwin & Geddes. The hospital was represented by Ian McIntosh and Mac Morris of the Crowley Fleck law firm of Bozeman and David Robbins and David Taylor of Perkins Coie LLP of Seattle.

No administrative sanctions were filed against BDH or AMI.