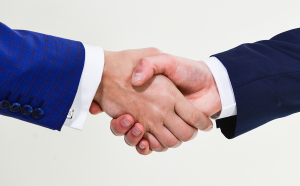 “Patients will get better service because there will be more physicians around,” Dr. Girish Patel, who sold nearby Truxtun Radiology Medical Group to RadNet in 2010 but has remained in charge of the group, told The Bakersfield Californian in Kern County, California.

“Even with similar physicians, we can, you know, divide the workload better,” he added.

RadNet has grown, since it was begun by six doctors in 1981 as a single imaging center near Cedars-Sinai in Los Angeles, to become a publicly traded company with “341 locations, more than 500 radiologists and approximately 7,100 employees,” according to its web site. It stated that it is the biggest firm of its kind in the country, with regional networks in New Jersey, New York, Delaware, Maryland, California, and Florida.

Kern Radiology began in 1968 and was owned by nine doctors, and now has four offices. The local firm has contracts with Dignity Health, including its Bakersfield Memorial Hospital and Mercy, according to The Bakersfield newspaper.

In 2015, when RadNet acquired Diagnostic Imaging Group (DIG) for about $56.7 million, CEO and president Dr. Howard Berger stated, “Diagnostic Imaging Group has been one of the premier operators in our industry, and has been in business about as long as RadNet,” adding, “with this transaction, we establish a relationship with approximately 20 radiologists who currently service the DIG facilities through a contracted affiliated professional services entity.”

“After building a significant presence in the neighboring boroughs of New York City, including Queens, Brooklyn, Manhattan and the Bronx, we have been interested for some time in entering the Long Island marketplace,” Berger stated at the time.
1(current)
2