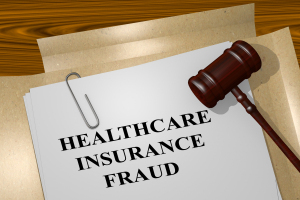 An office manager for a radiology practice has been hit with a five-year prison sentence for his role in a multimillion-dollar fraud and illegal kickback scheme.

Gonzalo Parades, 63, was sentenced last Friday to five years in California’s state prison after being convicted in November of 51 felony counts regarding his activities when working at Advanced Radiology. His conviction is in relation to the San Diego County district attorney’s prosecution of Operation Backlash, a large scale, undercover, joint federal and state investigation into multimillion-dollar fraud and illegal kickbacks in the California workers compensation system.

“Unwitting patients were treated simply as opportunities for criminals to bill insurance companies by these defendants,” said San Diego County District Attorney Summer Stephan in a statement. “Kickbacks in exchange for patient referrals are illegal because they influence and cloud a doctor's judgment. The relationship between a doctor and patient should be about the patient's health and not the doctor's wealth.”

The largest health insurance fraud scheme in the history of San Diego County, Operation Backlash has led to the conviction of a number of people and business entities, including radiologist Ronald Grusd, who owned Advanced Radiology.

He and Paredes paid $225,000 in kickbacks to a high-volume San Diego-based chiropractor and the chiropractor’s “marketers” in exchange for referrals of patients to their practice. Advanced Radiology provided MR exams and other medical procedures to these patients and billed large amounts to workers compensation insurance companies, according to evidence presented at Paredes’ state trial. It billed insurance companies over $5 million during the time period covered by the state indictment, with Paredes negotiating kickback agreements, managing day-to-day interactions with co-conspirators, processing and reconciling covert invoices for illegal payments, and preparing kickback payment checks.

“We have closed this chapter on the largest healthcare fraud case in San Diego's history thanks to the hard work of our investigators and the district attorney's office,” said insurance commissioner Ricardo Lara in a statement. “Paredes will be held accountable for his crimes, and should serve as a warning to others that we will do everything within our power to bring justice to those who put cash before patient care.”

Kickbacks and fraud have been costly for the California workers compensation system, with more than $1 billion in workers’ compensation liens’ stayed by operation of law as a result of the charges against Operation Backlash defendants, according to the California Department of Industrial Relations.

The district attorney's office worked with the FBI, California Department of Insurance, and the United States Attorney's Office in the investigation and prosecution of Paredes.