Getting to 'yes' in enterprise imaging 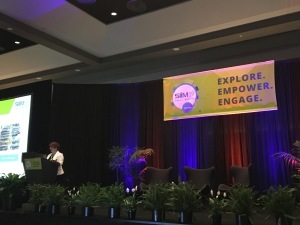 Enterprise imaging often lags because of a common problem: lack of a good plan that includes getting clinical sponsors on board, addressing the human aspect of changed emotions, or reflecting the strategic goals of top leadership.

A panel of experts at the 2019 SIIM meeting in Aurora, Colorado presented compelling evidence for paying attention to such details. The session, titled "Solving the Hardest Problems in Enterprising Imaging," was rich in detail.

For example, Dr. Christopher Roth, director of imaging informatics strategy at Duke University Medical Center, said that it's crucial to quantify and speak in specifics of the benefits of any funding request. But he also stressed it's equally essential to be able to summarize the value of a project in an "elevator" speech. Hospital administrators get a lot of requests, and there is competition for money, attention, and people. Also, be ready to take advantage of any opportunity to make a case for enterprise imaging projects.

He told of the day he found himself on an elevator with the system’s chief information officer; he had to be ready to make his case for funding very quickly and succinctly going up nine floors.

“You have to be focused on dollars, percentages... and figures, not words,” said Roth.

This requires "wows," he explained. A few examples he used with the CIO:

- “Top line revenue increase of the project requiring (a) new hire is estimated by Finance to be $825,000; enough to fund the position for six years.”
- "Hiring an analyst with these skills will help us build integrations so we can turn off systems A, B, and C saving $350,00 annually."
- "We are in the top 5th percentile for FTEs compared to 14 peer institutions."

Roth added that it’s not a good idea to play the card that imaging is one of the most significant revenue-generating departments too often when seeking project funding, as compared to a clinical department that is in the red. It’s important to make a detailed numbers case, not just brag about the revenue imaging produces.

“Sure imaging has the inside track, and everyone knows the service line has to be fed,” Roth told HCB News. “But there are better ways to get funding for an enterprise imaging project by talking up the numbers.”

A second presenter, Kimberly Garriott, principle consultant, Logicalis, spoke of her experience in enterprise imaging working at The Cleveland Clinic. Her key takeaway was to work to build collaboration, especially among physicians.

“We had a cardiac pulmonologist who could not have been more negative about rolling out PACS and taking away his (imaging) film,” she recalled. “By the time (the project) was done, he shook my hand and said it was the best thing we [the hospital] had done.”
1(current)
2