Siemens rises above $4 billion in revenue in third quarter 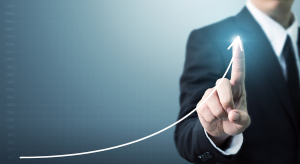 Standouts included its imaging and advanced therapies segments, with “significant” growth taking place in Asia and Australia, and very strong growth in EMEA. Revenue was up more that eight percent on a reported basis, although adjusted profit was “particularly impacted” by a weak profit showing in diagnostics. The adjusted profit margin of 15.2 percent was “burdened mainly by increased ramp-up costs for Atellica Solution,” noted the company, although EPS was up 22 percent from a year ago.

“In the third quarter we continued to drive growth forward very successfully. In contrast, we are facing challenges in the diagnostics business. We are tackling these issues resolutely and are focusing with our outstanding Atellica Solution Platform, vigorously, on improving growth and earnings strength,” Siemens CEO Bernd Montag said in a statement, adding that, “based on the sustained strong volume development and the operative strength of our company, we are confirming our outlook for fiscal year 2019.”

The company aims to establish comparable revenue growth in the 4-5 percent range for FY 2019 compared to FY 2018, and for EPS to be roughly 20-30 percent above its status from last year.

It estimates Atellica machine shipments to be about 1,800 this year, down from the earlier estimated 2,200-2,500, with system upgrades leading to higher costs, according to Reuters.

Berenberg analyst Scott Bardo told Reuters during a discussion on the Q2 results back in May that the rollout of the diagnostic machines was “still to stage a turnaround,” but that the 410 machines placed in the quarter was a rate below the 600 per quarter implied by the outlook at the beginning of the year.

Still, comparable sales growth in Q3 of 6 percent beat expectations, as did net profit, which rose by 20 percent to $392.75 million between April and June. At the same time, a system-wide hard- and software update has been implemented across all installed systems, providing users with access to the latest software version. This, according to Montag, is a key part of its success and why, despite its headwinds, he remains confident.