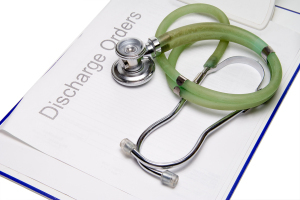 Incentives for discharges may
lead to higher readmittance rates,
says a study
Monetary incentives based on discharge times may increase patient readmission rates within emergency departments, says a new study.

Researchers at the University of British Columbia’s Sauder School of Business claim that though helpful in securing access to care for admitted patients, pay-for-performance (P4P) incentive programs may lead to premature discharges associated with return visits and readmissions.

“Patients who are discharged prematurely are associated with higher ED revisit and admission rate, which results in extra ED workload and expenses in the long run,” Yichuan (Daniel) Ding, study co-author and assistant professor in the Operations and Logistics Division at the UBC Sauder School of Business, told HCB News.

Each ventilator we refurbish can save a life every 2-5 days. We buy all makes and models. We buy parts or whole machines. Email, Phone, or Text Message us. Call 780-265-5156 Today. Email Service@WeBuyVentilators.com. Visit webuyventilators.com Today.

The researchers examined more than 800,000 patient visits to the four major emergency departments in Metro Vancouver between April 2013 and March 2016. The BC provincial government funded two P4P incentive programs the first year in which EDs were awarded a $100 compensation for each patient discharged in less than four hours and a $600 compensation for those that spent less than 10 hours there. Both, however, were discontinued in March 2014, though the regional health authority continued to internally fund the $600 compensation at four EDs.

Evaluating discharges that took place within 20 minutes of the deadline for the incentive, the team focused on patients with triage levels of one, two or three, and found a significant number of patients discharged right before the four-hour mark in two of the four EDs. Those who stayed past the mark were less likely to be discharged.

They then observed in one ED that patients discharged within 20 minutes before the deadline had a greater revisit and readmission rate within seven days. Discontinuity for patients at the 10-hour mark was more significant at all four EDs.

“In general, we think incentive programs which set length-of-stay targets for admitted patients can effectively reduce the ED boarding time, but those using targets for discharged patients may lead to unintended consequences, such as premature discharge,” said Ding. “Administrators need to be more careful when imposing the latter in practice. A possible tip to ensure appropriate discharge is to jointly use multiple measures such as revisit rate as well as LOS, rather than a single metric.”

The findings were published in Academic Emergency Medicine.

One in four rural US hospitals at risk of closure