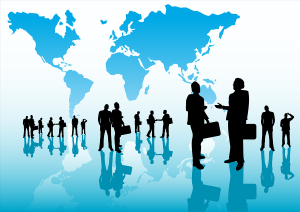 They came to $5.01 billion worldwide, according to data analytics and consulting company, GlobalData.

North America led the pack, with a total of $5 billion announced — a total of 22 deals in the U.S. and a pair in Canada.

Next came Europe — where Germany had three — followed by the Asia-Pacific region.

The top five deals in July, responsible for almost 98 percent of the total at $4.9 billion, were:

“We are very pleased to take this important step in the process of acquiring SuperSonic Imagine, and are excited to begin integrating the company’s best-in-class ultrasound technology, products and people with Hologic’s broader resources for the benefit of women’s breast health,” Pete Valenti, Hologic’s Division President, Breast and Skeletal Health Solutions, said at the time.

Then on August 6, Cardiovascular Systems, a medical device company focusing on interventional treatment systems for patients with peripheral and coronary artery disease, announced it had acquired the WIRION Embolic Protection System and related assets from Gardia Medical, an Israeli subsidiary of Allium Medical Solutions.

The device is a distal embolic protection filter used to capture debris that can be associated with all types of peripheral vascular intervention (PVI) procedures.

“The use of an embolic protection device during peripheral interventions where the risk of embolization is higher, provides assurance and protection from procedural complications,” Dr. Ehrin Armstrong, professor of Medicine at the University of Colorado, said at the time.

And on August 13, AtriCure agreed to acquire SentreHEART. AtriCure is an innovator in treatments for atrial fibrillation (Afib) and left atrial appendage (LAA) management, and SentreHEART is a developer of percutaneous left atrial appendage management solutions. The deal includes an upfront payment of approximately $40 million and AtriCure common stock, plus milestones that could come to $140 million.

“We believe that SentreHEART is a strategic addition to AtriCure, significantly expanding our addressable markets with a product designed for electrophysiologists,” said Michael Carrel, president and chief executive officer of AtriCure, at the time.