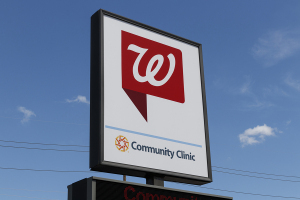 Researchers at the Texas-based campus found that such facilities may act more as supplements rather than substitutes for traditional EDs, leading to increases in local market spending in emergency care. The basis for their claims stems from rises in spending in markets for Arizona, North Carolina, Florida and Texas, where a significant number of free-standing EDs have entered. These increases could potentially indicate similar activity in other state markets.

“Your average customer who is driving through their neighborhood and doesn’t have any background could possibly view one of these facilities as a substitute for the ER. The patient walks in and says ‘I have Blue Cross Blue Shield insurance. Do you take that?’, and they say, ‘Sure. We’ll bill your provider for your services,’ Vivian Ho, health economist at Rice University Baker Institute and at the Baylor College of Medicine, told HCB News. “They don’t tell you that they’re out-of-network, and you end up receiving a surprise bill.”

Free-standing EDs are physically separate from acute care hospitals, which set them up, according to Ho, to attract more patients for future care and to make profits on emergency services. Many are set up in high-income areas with well-insured patients and look like community clinics that are closer than the actual hospital’s ER, giving the impression that they are low-cost.

The team evaluated free-standing EDs in Arizona, Florida, North Carolina and Texas using de-identified claims information from 2013 to 2017. The four were chosen by Rice due to its status as a participant in the Blue Cross Blue Shield Alliance for Health Research, an initiative that brings together U.S. healthcare researchers to address critical health issues, and one that holds a large market presence in each of the four.

Entry of an additional free-standing ED in a local market caused a 3.6 percent increase in emergency provider reimbursement per insured beneficiary in Texas, Florida and North Carolina. No change in spending was found in Arizona from the addition of a free-standing ED, though increases roughly between three and five percent in emergency department utilization were observed there, in Texas and in Florida. Estimated out-of-pocket costs for emergency care also rose by 3.6 percent in Texas, Florida and Arizona, but decreased by 15.3 percent in North Carolina.
1(current)
2