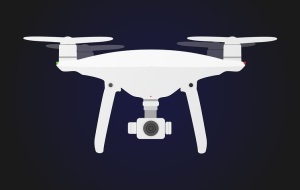 The drone drugstore-delivery skies just got a little more crowded, as the United Parcel Service has just announced that it will work with CVS Health to bring prescription drugs to your door.

“As the country’s first fully-certified drone airline, UPS Flight Forward is rapidly building a robust customer base and a network of technology partners to galvanize our leadership in drone delivery,” Scott Price, UPS chief strategy and transformation officer, said in an announcement. “We will create new logistics and delivery solutions no one has ever considered. Previous industry thinking had been limited to only ground transportation technology. Now we’re thinking in three dimensions.”

The move follows rival FedEx, which is testing drone deliveries with Google's Wing along with Walgreens. Last week, the delivery giant drone-delivered in Christianburg, Virginia, which it claimed was the first scheduled e-commerce drone delivery.

“We are in full-fledged deployment and scaling; this is already a business. That’s where the value is,” Bala Ganesh, the head of UPS’ advanced technology group, told CNBC. “As time evolves we will find other use cases.”

In 2016, UPS began experimenting with robotic deliveries when its brown, UPS-labeled drone, from Danvers, Massachusetts-based maker CyPhy Works, launched a program with a test flight in rural Massachusetts. That mock delivery sped supplies from Beverly, Massachusetts, to Children’s Island, about three miles off the Atlantic coast. In the trial, the drone was used in a scenario in which it took a lifesaving asthma inhaler to a child on the island.