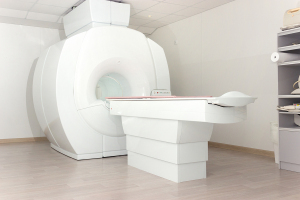 An X-ray nurse is recovering after being
sucked into an MR camera at a hospital
in Sweden
An MR incident has landed a clinical staff member in the intensive care unit at a hospital in Sweden.

An unnamed male who works as an X-ray nurse was seriously injured Wednesday afternoon after becoming stuck in the magnetic force of an MR camera system in a mobile cart at the entrance of Sunderby hospital. Two security guards who tried to help him also suffered minor injuries.

“We have a pretty good picture of what has happened and the police are connected because this is a workplace accident. It is a tragic event and the X-ray nurse in question has a long experience,” said Per Berglund, head of the county health care division in Norrbotten County, in a statement.

The incident took place when the nurse approached a patient who was undergoing an exam inside the camera. The patient was not physically injured, according to the hospital. Another patient and relative in the waiting room also suffered no injuries but are reported to be “very taken” from witnessing the incident.

One of the guards who intervened, Håkan Lindgren told Swedish national public television broadcaster, Sveriges Television (SVT) that he tried to pull the man off the camera but that he was unable to, due to a weight vest around his neck, a garment commonly worn during exercise, that he says pulled the nurse into the system.

“I took out a knife and cut the vest. Then I got [him disengaged] and it was really at the last second,” said Lindgren. He adds that there were no direct signs to warn against bringing metal objects into the room, and that his baton and a pair of handcuffs belonging to one of his colleagues were also sucked up into the camera. “They still remain there.”

The man was reportedly unconscious and fell straight to the floor upon being pulled out. An ambulance arrived to transport the man to the main hospital building shortly afterward. The MR cart is currently not in use.

“The police have sealed off the trailer,” Emma Bergström Wuolo, press officer for Region Norrbotten which oversees county affairs, told HCB News. “After the magnet field has been shut down they will do a forensic investigation in the trailer.

While an official cause has not been made public, MR incidents such as this are often the result of people unknowingly carrying magnetic objects or implants into an MR room which are pulled in by the magnetic field. A 32-year-old man lost his life in such an incident in January 2018 at a hospital in Mumbai, India, when he entered an MR room carrying an elderly relative’s oxygen tank. The man, along with the device, was sucked in by the magnetic force which pinned him down and trapped him in the scanner. The incident made international headlines and resulted in a number of arrests, with at least two staff members found negligent, while raising awareness about the importance of MR safety protocols.

Aleris X-ray, a contractor for Region Norrbotten, owns the MR trailer and employs the nurse. It says it is cooperating with the police in their investigation, and plans to conduct its own internal one.

“We regret what has happened and that it has affected a number of people, not least a colleague. The important thing now is that we get clarity on what is behind the accident,” said Lars Ahlander, head of Aleris X-ray, in a statement, adding that “MR is normally a safe and secure form of examination.”

The unit will remain closed for the next few days while the police investigate. All appointments made during this period of time will be re-booked.