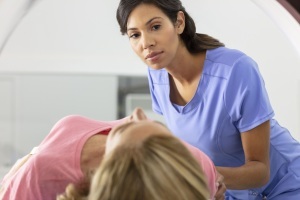 That’s the consensus made in the Radiology Staff in Focus study carried out by Philips, in which individuals in these positions expressed, on average, only moderate satisfaction with their jobs, and feeling burned out and stressed due to flaws in imaging workflow.

“Imaging staff burnout can impact radiology departments in a variety of ways, including degrading the patient experience, increasing staff turnover and reducing the quality of care,” Kees Wesdorp, general manager for diagnostic imaging at Philips, told HCB News. “There’s a clear opportunity for Philips and others in the industry to provide solutions that leverage data and AI to make a step-change in workflow and efficiency for these professionals.”

Researchers consulted 254 radiology technologists and imaging directors throughout the U.S., France, Germany and the U.K. Of all technologists surveyed, 40 to 97 percent reported feeling moderate to severe levels of stress at their jobs. One-third, made up of technologists from each country, felt moderate to high levels of burnout, which indicates a systemic problem across imaging when combined with the high burnout levels of radiologists.

Workload was seen as the biggest source of stress and burnout for imaging staff in each nation, with the most difficult challenge being the ability to capture an image correctly the first time. Thirty-seven percent of technologists chalked this up to a lack of patient preparation and patient information, while 36 percent pointed to issues with technology, such as equipment quality and capability, and ease-of-use of imaging equipment. Twenty-seven percent pointed to workflow and support from colleagues as a problem.

“When information is missing or inadequate at the point imaging staff need it, it impedes the ability to get the image right the first time and deliver patient-centered care,” said Wesdorp. “Patient health history, ordering physician note or ordering details, lab results, and imaging history top the list of information most often lacking or inadequate for the technologist’s or imaging director’s needs. Poor communication is often the primary driver of these problems.”

The study found most staff members valued the ability to work as a highly competent, patient-centered care team the biggest influence on their satisfaction at work. Many, however, reported that various demands take up their time and prevent them from focusing on this objective as much as they would like.

Despite being aware of the issues affecting stress, burnout and satisfaction, many staff members do not feel empowered to bring about change in their department, with 43 percent saying they felt either no empowerment at all or only somewhat empowered. The study points out a number of tactics to improve workflow and decrease challenges in imaging.

“There are many steps that providers can take [to address these issues], such as improving communication between team members and with patients, an increased focus on team morale, and improving staff training,” said Wesdorp.

The study is based on a double-blind survey conducted between May and June 2019.