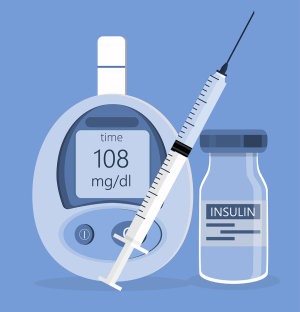 For three good reasons: altruism, a lack of access, and affordability, University of Utah Health and University of Colorado researchers found when they surveyed those who use underground exchanges.

“It is important for healthcare providers and policymakers to understand what people are doing to support diabetes management when faced with medication and supply access issues,” said study leader Michelle Litchman of the University of Utah College of Nursing in Salt Lake City, according to Reuters.

The findings of their survey of 159 people with the disease and their caregivers were reported in the Journal of Diabetes Science and Technology. Those using underground exchanges reported that they participated for several reasons, including donating (56 percent), receiving donated goods (34 percent), trading (24 percent), borrowing (22 percent), and purchasing (15 percent).

“The current healthcare situation in the United States is substandard for many people with chronic disease,” Mary Rogers of the University of Michigan, in Ann Arbor, who wasn’t involved in the study, told Reuters, noting that care is too costly, slow and complicated — and stressing that “failure to fix these problems leads to diabetic complications and unnecessary hospitalizations.”

While such underground exchange could lead to health problems, the authors warned, in their survey, they did not find any adverse events, according to Litchman.

In fact, fewer than one percent of study participants who made transactions reported safety concerns — and the ones they did experience included getting faulty equipment and unrefrigerated insulin, but no ill effects were experienced, the researchers found.

"People with diabetes resort to underground exchange of diabetes supplies and medications not because they want to, not to turn a quick profit, but because their needs aren't being met," says the study's senior author Dr. Sean Oser of the University of Colorado, Denver. "Some turn to others to get what they need to feel safe."

While such underground dealing of medications and supplies isn't ideal, noted Litchman, there are no other practical options for many.

“What other real solutions exist so that people can actually get what they need without increasing bureaucratic delays and burden?" she noted, adding, "our study points to an urgent need to improve access to medications that are essential for life."

In 1996, when Eli Lilly’s Humalog hit the market, a 1-month supply of insulin was $21. In 2019, “that vial is said to be around $275. That is a 1200 percent increase on the original price,” Danielle K. Roberts, a Medicare insurance expert and co-founder at Boomer Benefits, wrote in a June issue of the American Journal of Managed Care.

By comparison, that vial of Humalog costs $32 in Canada, she noted.