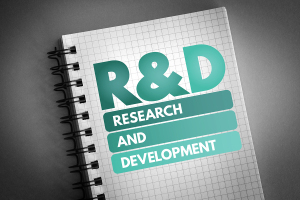 The good news is that total U.S. medical and health R&D grew 6.4 percent from 2017 to 2018, topping a total of $194 billion — and outpacing overall healthcare spending growth for the third year in a row.

The bad news is that research investment is just 5 cents of every health dollar spent, according to a new report from Research!America.

“This growth in R&D investment is positive and welcome, certainly,” said Research!America’s chair, the honorable Michael N. Castle. “However, our nation’s total investment is not tracking with disease burden. Increased investment in medical and health R&D is essential to ending diseases that are taking time and quality of life from Americans and people across the globe.”

State and local government put in $2.1 billion, or 1.1 percent, and voluntary health and professional groups invested $1.5 billion or 0.8 percent.

“Increased investment across all sectors contributing to R&D is the right path for our nation, but relative to unmet medical needs, we are walking, rather than running down that path,” Mary Woolley, president and CEO, Research!America, said in a statement. “Federal funding and policies need to be aligned behind the objective of empowering both public sector and private sector-driven research, because research saves lives.”

Illness that more research investment could combat kills almost 130,000 under age 45 each year, and chronic disease cost the U.S. $1.1 trillion in 2018 — “almost six times the amount all sectors spend on R&D,” according to the report.

In other December research news, Harvard, MIT, GE and Fujifilm formed a Massachusetts-based, $50 million biomed consortium that hopes to smooth the path for cutting-edge gene therapy and cancer immunotherapy from research lab to hospital clinic.

"This is a momentous opportunity,” noted Martin Meeson, president and COO of Fujifilm Diosynth Biotechnologies, U.S., said at the time. "Our participation as one of the founding members is to enable these very important therapies to be accessible to patients. We seek to bring very much needed expertise and capacity to the one of the leading biotechnology ecosystem in the world."