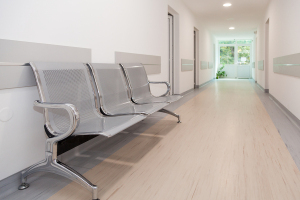 A new report from the American Hospital Association has revealed that outpatient visits dropped in 2018 from the previous year.

Such a decline is the first in the last 35 years, according to a report in Modern Healthcare, which got a chance to see it before its official release.

The news comes from the just available AHA 2020 Hospital Statistics report that surveyed over 6,000 hospitals, according to a story at South Florida Hospital News.

Findings revealed that there were a total of 879.6 million such outpatient visits, 0.9 percent fewer than the year earlier, which reached 880.5 million.

One reason, said the report, is that services are happening at more places than was traditionally the case — patients are hitting cheaper, more convenient spots for care, including urgent care shops and even pharmacies such as CVS Health.

"We're pivoting to a new business model in healthcare, with a much more pluralistic delivery system with many, many more consumer options," Ken Kaufman, chairman of management consulting firm Kaufman Hall noted, according to the South Florida news site. "Which, of course, is exactly the same thing that's happening in other parts of the economy. I think it's very important that especially the major health systems recognize this and realize they have to compete against it."

To underscore this point, the outpatient drop reported was specifically in emergency outpatient hospital visits, noted Aaron Wesolowski, the AHA's vice president of policy research, analytics and strategy. In fact, other outpatient numbers were up over the year prior.

It appears that the figures suggest that the disruption that has hit retail has now extended to healthcare.

"In the old days, you had to get in your car and drive around to a bunch of stores to see if you could find what you wanted and you don't have to do that anymore," Kaufman advised. "The same thing is happening in healthcare. It's going to happen more."

Hospitals aren't losing money from the drop in visits, the data showed that their net revenue from outpatients was up 4.5 percent from the year earlier, and net inpatient revenue was up 2.1 percent.

The move to more convenient locations may be growing — but not for everything. "Maybe the trend toward convenience has picked up, and so for all the very low-acuity stuff people are going to the Minute Clinics of the world, and if it becomes more complex than that, they're going to the hospital for a procedure," said Chad Mulvany, director of healthcare financial practices, perspectives and analysis for the Healthcare Financial Management Association.

According to a report from Emily Connelly, a senior consultant at the Health Care Advisory Board, “with inpatient volumes stagnating and lucrative procedures outmigrating from the hospital into the community, organizations will need to compete effectively in the growing outpatient arena. Leaders should be cautious, however, in how they proceed, given the unprecedented levels of competition.”

She advised careful crafting of outpatient strategies, urging hospital leaders to “expand their perspective beyond simply attempting to win outpatient versus inpatient volumes, and rather focus more holistically on offering a unified value proposition. That is, regardless of site of care, consumers should want to choose their system over other options every time — ultimately becoming loyal patients.”