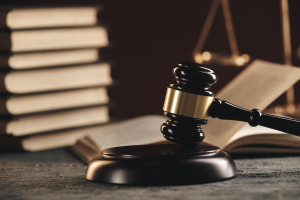 Practice Fusion, a medical records company bought by Allscripts in 2018, and now a subsidiary, has agreed to pay $145 million to settle its ongoing Department of Justice kickback criminal and civil investigations, according to DOJ.

“Practice Fusion admits that it solicited and received kickbacks from a major opioid company in exchange for utilizing its EHR software to influence physician prescribing of opioid pain medications,” the Justice Department said in its statement announcing the resolution of the investigations.

The mechanics of the scheme had Practice Fusion taking “sponsorship” payments from drug companies, in return for letting them “influence the development and implementation of the CDS alerts in ways aimed at increasing sales of the companies’ products,” stated DOJ.

The company let the pharmaceutical firms “participate in designing the CDS alert, including selecting the guidelines used to develop the alerts, setting the criteria that would determine when a healthcare provider received an alert, and in some cases, even drafting the language used in the alert itself.”

In terms of its opioids involvement, the company solicited almost $1 million from an unnamed company prescribing opioid pain medications, according to documents released by the U.S. Attorney’s Office for the District of Vermont, as well.

“Practice Fusion’s conduct is abhorrent,” said Christina E. Nolan, U.S. Attorney for the District of Vermont. "During the height of the opioid crisis, the company took a million-dollar kickback to allow an opioid company to inject itself in the sacred doctor-patient relationship so that it could peddle even more of its highly addictive and dangerous opioids.”

Reports show that Allscripts' initial letter of intent in May 2017 offered from $225-$250 million for Practice Fusion, but that was followed by an eventual closing price of roughly $100 million.

At the time, Allscripts president Rick Poulton told shareholders, according to TechCrunch, “As you know from our previous SEC filings, DOJ began investigations into certain practices of Practice Fusion before we acquired the business early last year. These investigations had many similarities that have either been settled or remain active with many of our industry competitors.”