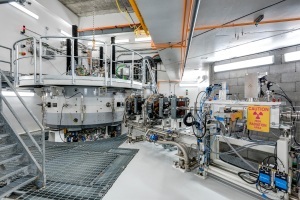 Construction costs for proton therapy facilities can exceed $100 million, but single gantry systems have emerged as a less expensive alternative.
From the April 2020 issue of HealthCare Business News magazine

A six-year-old boy underwent multiple surgeries to treat a malignant brain tumor but the disease kept coming back. It wasn’t until the child underwent proton therapy at the Medical Institute of Berezin Sergey in St. Petersburg, Russia, that the cancer was fully eradicated and he could get back to having a regular life. 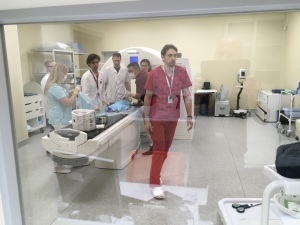 “It’s really important that centers have housing options for patients,” said Dr. Stephanie Perkins, associate professor in the department of radiation oncology at Washington University School of Medicine. “We are very fortunate to have the Ronald McDonald House, which offers free lodging for patients. There is still the cost of car transportation but we’re also very fortunate to have some resources to provide funds to patients for travel. Reimbursements for travel and lodging are typically not included in U.S. healthcare coverage plans.”
1(current)
2
3
4
5