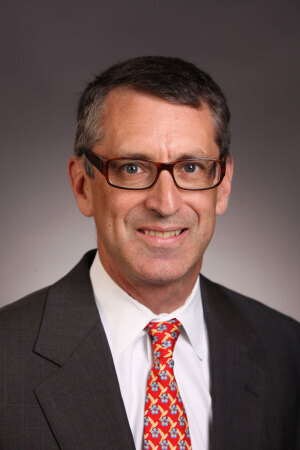 The National Association for Proton Therapy’s annual event was to be held April 26 – 29 in Nashville this year. As with many other healthcare conferences, concerns over the risk of COVID-19 infections forced the organization to review other options to provide information and resources to the proton community. HealthCare Business News spoke with Abram Gordon, executive director of the Cincinnati Children’s Proton Therapy Center, and NAPT board and executive committee member.

HCB News: What encouraged your interest in proton therapy and NAPT?
Abram Gordon: I was with the largest independent oncology group in Cincinnati, Oncology Hematology Care (OHC), and in 2010, the same day I became the interim CEO, leaders from Children’s came to talk to me about their interest in proton therapy and looking at a community model. I continued to advise and provide input to Children’s as they went down the path of developing their proton therapy center. They asked me to lead it right after they broke ground.

Children’s had been to the NAPT conferences during their development process. As soon as I joined Children’s I became involved with NAPT. This was a valuable resource as we developed our center, and continues to be a valuable resource for us. I co-led the programming committee NAPT conference, then was accepted to the Board of Directors that same year.

HCB News: With proton therapy being a fairly rare technology to see in healthcare at the moment; with the latest numbers from NAPT showing 34 centers in operation at the time of this writing, where do clinicians get training?
AG: I think there are three areas where you can get training. There are a number of proton therapy centers that offer courses for physics as well as for the radiation oncologists. There are also a lot of centers that do have proton therapy that also have various residency programs, so that both physicists and radiation oncologists get training if they go through those residency programs. Then there’s obviously on the job training as well.

HCB News: For the servicing of the equipment, is that something done by outside service organizations or in-house technicians?
AG: The vendor provides that service. Generally, part of the operations and maintenance agreement you have with your vendor includes onsite service. The vendors, with very few exceptions, actually operate the system. So they have personnel on site — usually engineers — to operate it and to fix what’s broken.

HCB News: What’s the make-up of the group operating it? A couple of people on rotating shifts? An individual that gets called in as needed?
1(current)
2