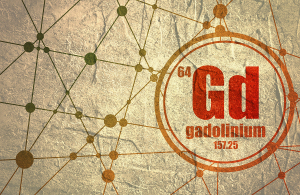 Gadolinium levels have spiked in river water as a result of patients expelling the contrast agents from their body following MR procedures.
A new study says the use of gadolinium for MR exams indirectly pollutes water with toxic forms of the element.

Researchers at Tokyo Metropolitan University found elevated spikes of gadolinium in river water throughout Tokyo, particularly in areas near water treatment plants. They assert that MR patients expel it through their urine within 24 hours, and that the element passes directly into the environment where exposure to UV light makes it toxic, emphasizing the need for new public policy and removal technologies as MR scanners grow in number.

“The Gd-based contrast agents utilized in magnetic resonance imaging are difficult to remove by usual sewage treatment technology, and they enter rivers in the discharges from wastewater treatment plants,” said the authors in their report. “The anthropogenic Gd was significantly changed depending on the location of the wastewater treatment plants, and the measurement revealed significant increases in the Gd anomaly in the range of 5.0 – 6.6 times compared to data obtained 22 years ago.”

As a rare toxic element, gadolinium is bound for medical use to a chelation agent, making it unreactive and safe. The body expels 98% of the contrast agent within 24 hours of the exam, enabling it to make its way through the wastewater system and eventually into the environment in small quantities. Exposure to UV light then transforms it back into a toxic state.

The team took samples of gadolinium from a number of locations along many major rivers of the city. Taking into account the amounts expected in natural shale, they applied mass spectrometry to measure rare earths, and found the range of anthropogenic Gd was 0.1 – 138.8 parts per trillion (ppt) with an average value of 35.5 ppt (n = 40). Large spikes were found in locations near to water treatment plants.

A similar study in Germany found remnants of contrast-based gadolinium used in MR exams present in everyday tap water and soft drinks served to patrons in restaurants. The authors of that report, however, said the element is in small amounts and does not pose a threat.

“The presence of gadolinium contrast agents reveals the presence of waste water-derived substances in a sample; such compounds may be toxic at low concentrations, acting as endocrine disruptors,” Dr. Michael Bau, professor of geoscience at Jacobs University Bremen, told HCB News. “The Gd contrast agents themselves come at such low concentrations that they do not impose any health risk. So it is actually a very useful tracer for wastewater-derived substances, and it would NOT be beneficial to remove them from the water.”

The findings in Tokyo, however, are a concern to researchers there due to the transformation of the rare earth element from a safe state to a toxic one, especially as the number of MR systems grow to serve aging populations with more healthcare needs.

“This study highlights the necessary of continuous research in setting new public policies for medical practices,” said the authors.

The authors were unable to respond to HCB News for comment.

The findings were published in ScienceDirect.