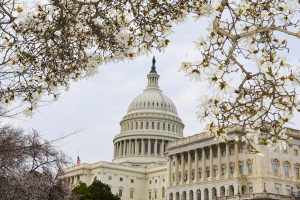 The House Insurance Committee has unanimously approved a bill that would require insurers to cover MR and ultrasound exams for patients with dense breast tissue.
The Pennsylvania State House Insurance Committee has unanimously passed a bill that would require women with dense breast tissue to be covered for MR and ultrasound exams.

Introduced by Senator Bob Mensch (R-PA), Senate Bill 595 would help cover the cost of these exams for women who require them to rule out or confirm the presence of breast cancer.

“There’s probably no bill I’ve been involved in that has more of a personal meaning to me,” said Mensch in a statement, adding “and I’m delighted we’ve been able to get the bill this far.”

The bill would require insurers to provide coverage in their plans for MR and ultrasound exams to screen for the risk or presence of breast cancer in women with high dense breast tissue. Such a condition can obscure the presence of tumors and prevent mammograms from detecting them, and increases a woman’s risk of developing breast cancer in her lifetime.

A law passed in February 2019 requires all mammography reports to include up-to-date information on the density of a woman’s breast tissue and what risks it entails, so that they and their physicians can discuss necessary precautions, including advanced screening, to ensure they are cancer free. Many states had passed notification laws prior to this one, but all varied in language and requirements for notifying patients.

The main obstacle that prevents women from undergoing advanced screening is the cost associated with it and the fact that many insurers do not cover such tests, forcing patients to pay out-of-pocket. A recent study found that even undergoing a routine mammography screening can be costly, depending on where a woman undergoes testing. A group of bipartisan lawmakers this past November pushed for coverage of digital breast tomosynthesis for such patients, but only those in the military who are covered by TRICARE.

The bill by Mensch was introduced in the fall of 2011 and was passed unanimously in the Senate in January 2020. It will next be sent for a vote by the House Appropriations Committee, after which it will be brought to the House floor for a full vote.

“I’m confident this lifesaving bill is one the House will advance quickly,” said Mensch. “We couldn’t have gotten this far without a lot of hard work and dedication, and certainly not without the help and advocacy of the Pennsylvania Breast Cancer Coalition, who have been helpful and involved since the very beginning.”