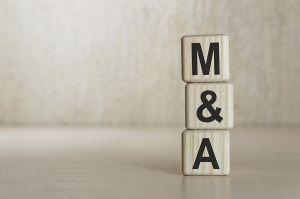 In fact, the pandemic has raised awareness of the advantages of scaling up, coordinating, and forming partnerships among different entities, according to Kaufman Hall’s M&A Quarterly Activity Report: Q2 2020.

“We are observing that M&A activity is being driven more by the positioning of an individual organization in a market, rather than their more generic setting,” Anu Singh, managing director of Kaufman Hall, told HCB News. "Well-resourced hospitals and health systems with the ability to redeploy resources and innovate may be looking for opportunities for growth, while other organizations may be focused on achieving integration and optimization through new partnerships. Smaller systems or community hospitals may be reassessing their ability to address unprecedented situations like the COVID-19 pandemic — where there is no playbook to turn to — and looking into partnerships as a vehicle for improving and sustaining how they provide care to their communities.”

Kaufman Hall’s National Flash Report last month initially indicated uncertainty around M&A activity, due to operating EBITDA margins falling 174% year-over-year in April and remaining down 9% YOY in May. But with the pandemic showing the benefits of partnerships and scaling, along with the increasing number of restructuring, distressed and bankrupt hospitals expected, such activity is expected to increase as providers and practices open up shop once more.

Evidence to this effect includes the announcement of 14 transactions announced in Q2, including two in June. While below the 29 announced in the previous quarter, the number for the second is not far off from the 19 announced the same time last year. Q2 2020 also had one of the highest figures for average size of seller by revenue ever recorded, at more than $800 million. Total transacted revenue was also high, at just over $12 billion, despite the smaller number of transactions.

Some notable announcements that helped pave the way for these milestones included an acquisition by a group of physicians led by Steward Health Care CEO Ralph de la Torre, of Cerberus Capital Management’s 90% ownership stake in the 35-hospital health system; a non-binding letter of intent by Advocate Aurora Health to explore a possible merger with Beaumont Health, which would generate $17 billion in annual revenues; and resumed talks between Lifespan and Care New England Health System in Rhode Island about a possible partnership.
1(current)
2