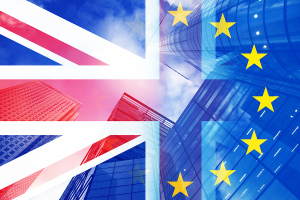 It was four years ago that Britain’s then-prime minister, David Cameron, set a referendum on the U.K.’s continued membership in the European Union. In June 2016, the citizens of the U.K. voted to leave the EU.

In January 2020, the U.K. officially withdrew, and since that time the EU and the U.K. have been operating under a "transition" agreement which left many aspects of trade in place, really as if the U.K. was still a member of the EU. The official Brexit "transition" period expires on December 31, 2020, at which point the "EU-UK Trade and Cooperation Agreement" will operate to define their future relationship.

Much will still need to be sorted and various committees have been established to undertake this sorting. The Agreement is being described as "provisional" or "draft", as the EU Parliament will formally take up approval next year, but most observers expect the EU Parliament’s approval to be a mere formality. As of January 1, 2021, the Brexit Agreement is taking effect, which begs the question:

Reading through the Agreement could be a daunting task. The main text of the Agreement is nearly 500 pages long and with appendices, the total read is closer to 1300 pages.

In a forward to the 34-page U.K. summary, Britain’s prime minister, Boris Johnson, touts the Agreement’s accomplishments as the “first [agreement] the EU has ever reached allowing zero tariffs and zero quotas.” And remarks: “[w]e will preserve the immense benefits of free trade for millions of people in the United Kingdom and across Europe.”

President of the European Commission, Ursula von der Leyen also offered an assessment: “[i]t was worth fighting for this deal because we now have a fair and balanced agreement with the U.K., which will protect our European interests, ensure fair competition, and provide much needed predictability for our fishing communities. Finally, we can leave Brexit behind us and look to the future. Europe is now moving on.”

So, what does it all mean for "trade" between the EU and U.K.? While I confess, I have not waded through all of the pages of this enormous Agreement, and there remain a few blanks with regard to implementation, here are some of my key takeaways from discussions with IAMERS members: