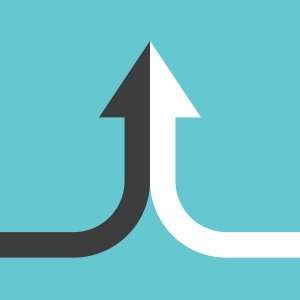 The two have been in talks since July when they signed a memorandum of understanding to explore the possibility of a merger. The new integrated health system will expand access to care throughout the region with hundreds of patient care sites across western Washington.

"We will focus on developing innovative models of care delivery that enhance quality and the patient experience, while expanding access points, making it easier for patients to get the care they need when and where they need it, no matter which facility they enter," Virginia Mason Franciscan Health told HCB News.

The new organization will operate as part of CommonSpirit Health, the parent company of CHI Franciscan, and will be led initially in a dyad CEO model between Dr. Gary Kaplan, an internal medicine physician at Virginia Mason who served as chairman and CEO of the Virginia Mason Health System, and Ketul Patel, who also serves as president of the Pacific Northwest Division of CommonSpirit Health, which is one of the country’s largest nonprofit health systems.

It is made up of 11 hospitals and nearly 300 care sites, including primary and specialty care clinics, same-day surgery centers, Benaroya Research Institute, Bailey-Boushay House and Virginia Mason Institute. More than 18,000 team members and staff are part of the organization, including nearly 5,000 employed physicians and affiliated providers.

"CHI Franciscan is known for its operational experience and has achieved sustained, exceptional system performance, standing as a regional leader in quality, value and safety metrics. Virginia Mason is known for high-value care and has tremendous international cachet in quality, safety and patient satisfaction. Combined, the new organization will have the highest quality outcomes in the region, the capital to invest in innovation, and patients will have access to some of the best minds in health care," said Virginia Mason Franciscan Health.

Its formation attracted criticism that drove Virginia Mason Memorial to end its affiliation with Virginia Mason Health System in the fall and become an independent local healthcare system in Washington state. Concerns were raised about the impact on local access to healthcare services and specialty care in Yakima Valley, Washington, where Memorial is situated. One group of retired physicians went as far as to take out a full-page advertisement in the Yakima Herald-Republic to voice their dissatisfaction.

Virginia Mason Franciscan Health hopes to be a model for integration and a prototype of care innovation nationally as part of CommonSpirit Health, which serves patients in 21 states.

All patients will continue to use their same site of care and current insurance plans. Each organization will inform patients in advance of any changes.