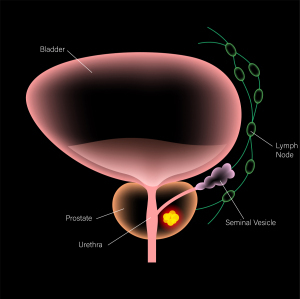 RadClip is designed to detect which patients are at highest risk for recurring prostate cancer
Researchers at the Center for Computational Imaging and Personalized Diagnostics (CCIPD) at Case Western Reserve University have preliminarily validated RadClip, an AI model designed to predict the likelihood of prostate cancer recurrence following surgical treatment.

"The model's predictions can aid oncologists in deciding whether a patient needs adjuvant treatments, such as radiation therapy or chemotherapy, after surgery," senior author Anant Madabhushi, CCIPD director of Donnell Institute and professor of Biomedical Engineering at Case Western Reserve, told HCB News.

RadClip is designed to enable urologists, oncologists and surgeons to tailor treatment plans to individual patients by evaluating the aggressiveness of their cancer and their response to treatment. This is to ensure patients are not overtreated or undertreated. It bases its determinations on data from different medical imaging sources, from MR to molecular imaging. Working with University Hospitals and the Louis Stokes Cleveland Veterans Administration Medical Center, the authors used RadClip to assess preoperative scans for nearly 200 patients who had their prostate gland removed due to cancer.

The results were then compared to those of Cancer of the Prostate Risk Assessment (CAPRA) score, Postsurgical CAPRA (CAPRA-S) score, and Decipher genomic tests on a test set of 127 patients. "Our findings showed that RadClip performed better for predicting biochemical recurrence-free survival, as well as adverse pathology — extracapsular extension, seminal vesicle invasion, and lymph node involvement — known to be associated with risk of recurrence and metastasis," said Madabhushi.

The solution used AI to predict patient outcomes following surgery, specifically those who were at greatest risk for their cancer returning and prostate cancer-specific mortality. It did so by identifying subtle differences in heterogeneity and texture patterns inside and outside the tumor on preoperative MR scans. This enables it to identify early those who require additional therapy and to help clinicians personalize individual treatment plans.

As a pre-surgical risk assessment model, it can also have more of a clinical impact in risk stratification on prostate cancer patients, compared to a post-surgical model like CAPRA-S, which provides risk assessment after surgery has taken place.

While shown to identify risk for disease recurrence, more clinical trials are needed for testing RadClip’s efficiency, according to Madabhushi. He remarks, however, that the preliminary findings indicate that RadClip could provide more prognostic insight than other commonly used tools, such as genomic-based testing, which costs several thousands of dollars and involves destructive testing of the tissue.

"We believe that the radiomic nomogram presented in this study could be potentially used as a surrogate to genomic-based prognostic tests to identify men with prostate cancer with a low risk of [biochemical recurrence] and [adverse pathology] and who therefore might defer additional therapy. By providing information that can help predict the existence and extent of cancer on the margins of tumors, the AI algorithms can also help surgeons make informed decisions about how much tissue to remove during surgical intervention."

The findings were published in The Lancet’s EBioMedicine.