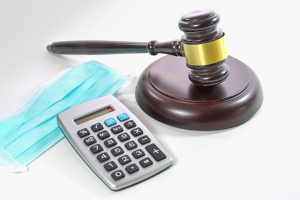 Amanda van Brakle says the Cleveland Clinic issued her an "inflated" balance sheet for an imaging exam she underwent and did not issue her a receipt or estimate
A class action lawsuit accusing the Cleveland Clinic of dishonest billing practices for radiological services will be tried in court after a judge denied the institution’s attempt to dismiss it.

van Brakle underwent imaging services at a Cleveland Clinic facility in Lakewood, Ohio in August 2018 and paid $25 for the exam while there. She did not receive a receipt and did not receive an estimate for the procedure because she says the healthcare system did not tell her she could get one. She paid partial payments of $288 over time for the radiological exam, only for these payments to be used to pay off other services instead, according to the suit. The clinic later that year hired a debt collector who provided what Brakle says in her suit was an “inflated” balance sheet for her imaging study and that the bills she received were not correct.

Cleveland Clinic made five arguments for why the case should be dismissed, the main one being that the transaction was not defined under the law as a consumer transaction. It also argued that it could not provide estimates or receipts due to the ultimate cost being “contingent upon which services are ultimately provided.”

Judge John O’Donnell of the Court of Common Pleas in Cuyahoga County, Ohio, denied their request, saying that this was “the very definition of a routine test and there is nothing about it that prevented the Cleveland Clinic from knowing its approximate cost in advance” and providing van Brakle with an estimate based on the expected cost,” reported AccountsRecovery.Net. He also said that the Cleveland Clinic is a corporate entity and not a human being, which is required to be defined as a physician under the law for it to be exempted.

“We’re finding that this is a very common situation, not even necessarily at the Cleveland Clinic, but outside there in other hospital systems as well, is what we’re hearing from people,” one of van Brakle’s attorneys, Dan Myers, told News 5 Cleveland.

The Ohio Consumer Sales Practice Act defines whether specific business practices are legal, what businesses can and cannot claim in their advertisements and what legal remedies are possible when a business breaks the law.

van Brackle is also seeking attorney’s fees due to Cleveland Clinic being on notice by the state Attorney General’s office that its practices were unfair or deceptive, according to the suit.

A hearing for the case is scheduled for later this month.