FTC to assess impact of consolidation in healthcare 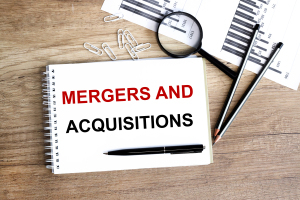 The independent U.S. agency is collecting information from Aetna, Anthem, Florida Blue, Cigna Corporation, Health Care Service Corporation and United Healthcare to study how mergers and acquisitions affect competition and the proper functioning of healthcare markets. All six insurance companies will provide the FTC with patient-level commercial claims data from between 2015 and 2020 for inpatient, outpatient and physician services in 15 U.S. states.

The decision to revamp the program was announced in September as an initiative to expand and formalize the FTC’s Bureau of Economics retrospective research efforts and the studies it has conducted on consummated mergers over the last 35 years. The Bureau is seeking to expand the program by addressing antitrust questions not extensively studied in previous retrospective merger analyses and applying them to industries not yet studied; providing more insight on what can be learned for enforcement; and communicating more openly and transparently about the effects of mergers and performance of different tools to antitrust scholars and practitioners.

The commission is authorized, and successfully voted by 5-0 to issue Orders to File a Special Report by Section 6(b) of the FTC Act, which outlaws unfair methods of competition and unfair acts or practices that affect commerce.

The aim behind relaunching the merger retrospective program is to boost the number of retrospective studies both inside and outside the agency so that the FTC can test its analytical tools and enhance its enforcement effort. "Going forward, the studies will inform FTC antitrust enforcement policies. For example, they will help us assess the competitive implications of future mergers," said the spokesperson.

The Bureau of Economics will publish the findings of the study on healthcare consolidation in accordance with the FTC’s confidentiality rules.