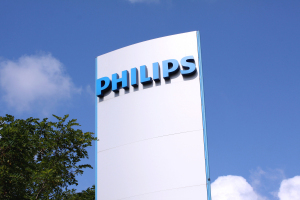 The company saw high single-digit growth in sales for its diagnostic imaging systems and amassed $2.98 billion (€2.458 billion) in sales in its Diagnosis & Treatment division altogether. It was hindered by a sales decline in its Personal Health section, as well as a mid-single-digit decrease in that of its image-guided therapy and ultrasound systems.

“As a result of our stronger performance in the second half of the year, following a challenging first half due to the impact of COVID-19, our performance was resilient. For the full year 2020 we delivered 3% comparable sales growth, an adjusted EBITA margin of 13.2% and a strong free cash flow of EUR 1.9 billion. Moreover, driven by 9% comparable order intake growth, we continued to gain market share in our healthcare businesses, and ended the year with a strong order book,” said Frans van Houten, CEO of Royal Philips, in a statement.

Income from continuing operations for Q4 increased to more than $7.3 billion (€608 million), while the company’s adjusted EBITA margin improved to 19% during this period. Operating cash flow increased to $1.5 million (€1.3 million).

Philips’ Diagnosis & Treatment division initially saw a 5% nominal decrease from the $3.13 billion (€2.5 billion) it earned the same time last year in sales, though this was up 1% after adjusting for currency changes. The earnings for the division before interest, taxes, and amortization were $381 million (314 million). Declines in image-guided therapy and ultrasound systems were chalked up to the postponement of system sales by COVID-19, and led to a 14% drop in EBITA margin.

Its Personal Health business earned $2.21 billion (€1.8 billion) in sales, down 1% nominally. This, however, was up 5% after adjusting for currency. Sales of oral healthcare products declined in the low single digits. Adjusted EBITA was 20%, and for the full year, the Personal Health businesses saw a 4% decrease in comparable sales and an Adjusted EBITA margin of 13%. The Connected Care business, meanwhile, had a 24% increase in comparable quarterly sales, with double-digit growth in Monitoring & Analytics and Sleep & Respiratory Care. Comparable order intake grew 17%, with strong growth across all businesses, while adjusted EBITA margin increased to 27.2%.

Higher sales in China and Central and Eastern Europe drove sales for Philips, though this was partially offset by the Middle East and Turkey. It was hindered by low-single-digit growth in Western Europe and a mid-single-digit decrease in North America. The company also finished off the year with 25 new long-term strategic partnerships in Q4, including a five-year technology and innovation partnership with Rennes University Hospital in France.