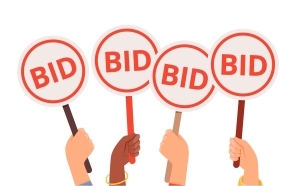 Everlight provides 24/7 teleradiology services for providers worldwide, including the U.S., and reports on 650,000 exams annually from its critical care hubs in the U.K., Ireland, Australia and New Zealand.

The auction was announced at the beginning of 2020, with the company listed with a little over $23 million (AUS $30 million) in annual earnings. A deal about 15 times higher was expected at the time, though it is not known how those figures have changed in the last year. An auction prior to COVID-19 resulted in no deal, according to the Australian Financial Review.

The decision to vie for Everlight is considered a big move for PEP, which is not known for being interested in Australian radiology groups. It is currently leading a number of other reputable businesses, including EQT, KKR and Affinity Equity Partners.

PEP is consulting with Goldman Sachs on the deal. It has made a number of other buys over the past three months, with a recently raised $2.5 billion buyout fund, including ASX-listed The Citadel Group and Navitas Capital’s Modern Star. It is in talks to acquire Link Group, according to the Financial Review.

Everlight employs more than 200 specialists in its 15 care hubs and focuses on after-hours and emergency care. It also employs radiologists in the United States, Canada and other parts of continental Europe.

PEP said it was unable to comment on the matter at this time.