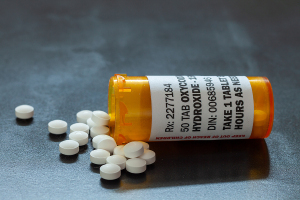 Opioid prescriptions are among the three services that make up two-thirds of low-value care
Despite efforts to educate clinicians and increase payment revisions, little has changed in the amount spent on low-value healthcare for traditional fee-for-service Medicare patients.

That’s according to a new RAND Corporation study, which recorded only a marginal drop between 2014 and 2018. “Because the majority of American medicine operates using a fee-for-service payment model, there is little incentive for physicians and hospitals to deliver less low-value care. Second, there are cultural and patient expectations that more care is often better care that influences physician decision-making, and in a rushed visit it takes less time to order the low-value test than to counsel the patient on why it may not be necessary. Third, there is also an asymmetry of risk/reward,” lead author John Mafi, an adjunct physician policy researcher at RAND and an assistant professor of medicine at the David Geffen School of Medicine at UCLA, told HCB News.

Low-value care is defined as patient services that offer no net clinical benefit in specific scenarios. Despite this, an estimated 10% to 20% of healthcare spending funds it. This issue has led to efforts aimed at reducing such care, including the the 2012 launch of Choosing Wisely, an initiative designed to encourage physicians and patients to hold more discussions about evidence-based medical practice and the issue of low-value care.

When assessing the proportion of 21 million Medicare participants over 65 receiving any of 32 low-value services, Mafi and his colleagues found the number only decreased from 36.3% in 2014 to 33.6% in 2018. They also calculated annual spending with claims-based low-value care measures from the Milliman MedInsight Health Waste Calculator, a software program that indicates care deemed wasteful by the Choosing Wisely campaign and other professional physician society guidelines. Spending per 1,000 individuals receiving low-value care went down from $52,766 to $46,922 during the same time span.

What concerns the authors is that low-value care not only increases costs for patients and healthcare payers, it also is linked to harmful outcomes. For instance, about one in every 1,000 antibiotic prescriptions is associated with serious complications that lead a patient to be admitted to a hospital emergency department.
1(current)
2