AI held in greater esteem among providers than two years ago: report 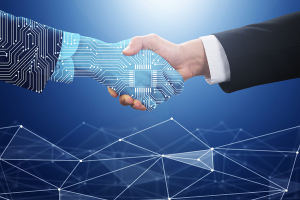 That’s what marketing firm Sage Growth Partners and AI consulting firm Olive say in their new report which indicates growth in provider understanding and adoption of AI over the last 18 months.

“One substantial change from the past year was how comfortable we all became with operating digitally; we got used to living in a virtually connected world. For hospitals, the pandemic forced many of their major revenue streams to cease, and they needed to figure out how to do things differently to stay afloat. These factors collectively led to the entire healthcare ecosystem adopting more digital solutions, leading to the explosions in telehealth and automation that we’ve seen in recent months,” Dr. Jeremy Friese, president of payer market at Olive, told HCB News.

A 2019 study by Sage Growth Partners found only half of hospital leaders were familiar with the concept of AI, and that more than half were unable to name an AI vendor or solution.

The 2021 study showed a rise in the importance of automation, with 76% of respondents seeing it as essential to cutting wasteful spending. In addition, 75% said strategic initiatives around AI and automation became more or significantly more important in 2020, since the pandemic began, and 56% credited automation technologies with raising their ROIs two or more times higher.

It also reported that only 7% of hospitals had fully operational AI strategies and that just 6% of respondents had 10 or more use cases live across their organization. These issues were chalked up primarily to resource constraints by 44% of survey participants who blamed it on not having enough staff and difficulty identifying best processes for automation.

“We recommend providers start by identifying the areas or functions that would most benefit from automation,” said Lori Jones, president of provider market and chief revenue officer at Olive. “Generally, these will include administrative functions that often involve highly repetitive, tedious and time-consuming tasks. By automating these processes, hospitals can cut costs, save time and refocus workers on important tasks like patient care. Deploying AI in these areas can also help providers see where troubleshooting needs to be done before scaling it to other functions throughout the organization.”

She adds that “healthcare organizations familiar with automation and those with automation solutions running for more than a year are more likely to prefer AI-as-a-Service (52% and 62%, respectively) where they fully partner with a vendor to produce results with automation.”

The survey included 100 leaders from healthcare organizations with annual revenues exceeding $800MM (76% of whom were C-level executives), and was conducted between September and December 2020.

A webinar on the findings will be held on March 30.