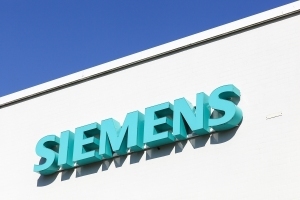 The company financed the purchase by selling 53 million new shares to only institutional investors through an accelerated bookbuilding process at €44.10 each. The capital raised is also expected to help it be selected to join Germany’s bluechip DAX Index, a stock market index made up of 30 German companies trading on the Frankfurt Stock Exchange.

“With this share placement, we successfully completed the equity-related part of the Varian financing and implemented the financing structure as originally announced,” said Dr. Jochen Schmitz, CFO of Siemens Healthineers, in a statement. “The transaction will also increase the free float and hence the attractiveness of our share.”

The company made a gross total of around €2.34 billion (over $2.75 billion) from the sale of new shares, excluding deduction of commissions and expenses. Approximately 16.2% of the offer went to Qatar Investment Authority. The new shares will be issued from authorized capital, with the subscription rights of shareholders excluded. Trading will commence on March 30 and will include new shares in the existing listing of the company’s shares, with the new ones scheduled to be delivered on March 31.

As a result of the trade, Siemens’ direct and indirect stake in the share capital will drop from approximately 79% to just above 75%. This will move it forward toward potentially being admitted to the DAX, which is a goal of chief executive officer Bernd Montag. Despite having an almost 50 billion euro market capitalization, the company has been excluded from the DAX due to its small free-share float from holding 70% of the stock. Selling its shares is expected to boost its chances of being selected, according to Bloomberg News.

Siemens announced its plans to acquire Varian back in August for $16.4 billion. The European Commission investigated the nature of the deal out of concern that the combination of both companies would cause competitors, the European Economic Area and the U.K. to foreclose on their supplies of medical imaging and radiotherapy equipment. It gave Siemens the green light last month to move forward with acquisition upon completion of the investigation.

The acquisition is expected to close in the first half of the 2021 calendar year.

The company does not plan to finance it through further share sales.