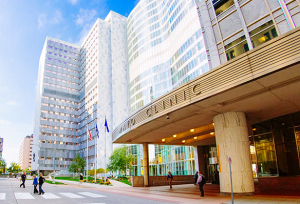 A memorandum for potential investors was filed on March 23 for the bonds in denominations of $1,000 or "integral multiples thereof,” according to Mayo.

"The specific uses of the net bond proceeds have not been determined, but debt financing is a routine element of Mayo Clinic's capital formation,” said Mayo Clinic spokesman Jay Furst in a statement.

All bonds were sold to investors on March 23, with funds being transferred on April 1. The issuance cost was $2.49 million, with net benefit of $497.5 million.

Mayo plans to increase capital spending to keep up with market growth and fund long-term strategies in platforms, technology and digital health. It expects capital expenditures to reach $1.38 billion this year and “currently plans to spend an average of approximately $1.3 billion annually from 2021 to 2025,” according to its bond issue documentation.

"Mayo Clinic has a number of debt financing options available to fund growth and development. The decision to issue taxable or tax-exempt bonds is based on the relative interest rates for both, as well as the identified uses for the proceeds," said Mayo Clinic chief financial officer Dennis Dahlen.

Mayo has raised $2.3 billion from the direct sale on bonds since 2006, as well as $1.8 billion with the city of Rochester over the last decade. It issued $200 million in bonds in 2018 and is using the proceeds for expansion and to upgrade the Mayo Clinic Hospital-Saint Marys Campus. There is also a proposal to build a second proton center in Rochester.