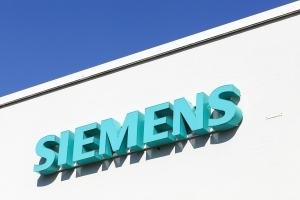 The thought of selling came after the company received interest in the business, according to Bloomberg News.

No final decision, however, has been made on a sale at this time, and a Siemens representative declined in an email to comment on the sale to Bloomberg News. “The central aim of the Siemens Healthineers Strategy 2025 is to secure our market leadership beyond 2025.”

The company’s ultrasound business consists of devices that can be used for a range of procedures, including general scanning and advanced echocardiography. It just last year moved its ultrasound headquarters from Mountain View, California to Issaquah to finish assembling its ultra premium ACUSON Sequoia ultrasound system.

The sale would add to $161 billion worth of healthcare transactions globally this year, according to Bloomberg, which would be 260% higher than in the same period for 2020. A sale could also potentially attract private equity and strategic bidders.

The market for ultrasound, however, has declined over the last year due to a drop in routine and elective procedures brought on by the COVID-19 pandemic, reported Siemens Healthineers in its annual report.

The company recently raised $2.8 billion to fund its $16.4 billion acquisition of Varian Medical Systems — a deal that brings Siemens back into the cancer radiotherapy market since its exit in 2011. It also puts the company in a better position for joining Germany’s blue-chip DAX Index.