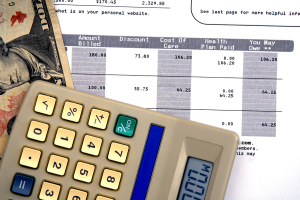 “We are concerned about troubling reports of some hospitals either acting slowly to comply with the requirements of the final rule, or not taking any action to date to comply. We urge you to ensure that [HHS] conducts vigorous oversight and enforces full compliance with the final rule,” leaders of the House Committee on Energy and Commerce wrote to HHS Secretary Xavier Becerra.

The leaders have also raised concerns that some hospitals that have disclosed pricing are still making it difficult for consumers to access the information. Some are blocking the information from appearing on search engines by using special coding embedded on their websites, while others are burying information in their websites and requiring multiple clicks to find charges, reports The Wall Street Journal.

A study last month by peer-reviewed journal Health Affairs found that only 22% of hospitals were complying with the rule, while 65% were determined to be unambiguously noncompliant. “These hospitals are industry leaders and may be setting the industrywide standard for (non)compliance; moreover, our assessment strategy was purposefully conservative, and our estimate of 65 percent noncompliance is almost certainly an underestimate,” wrote the authors.

Penalties for noncompliance include written warnings from HHS, a request for a corrective action plan and monetary fines for those who continue to not abide by the law.

But critics like the American Hospital Association argue that further transparency would “confuse and frustrate” consumers due to the already complex nature of medical billing information, and could potentially lead to more delays, avoidance of necessary care and raise costs rather than lower them.

AHA and other hospital groups took the issue to court but lost on the appeal of a district court decision, which sided with economists who argue that price transparency helps consumers consider cost more when shopping for services, increases price competition for services and creates greater control over healthcare costs over time.