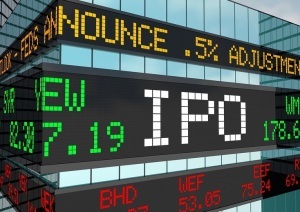 About 98% of the proceeds raised will be used to pay off its debt, which amounted to $922.2 million at the end of 2020, including a $200 million add-on to its loans that it took out in November to cover the cost of an acquisition, according to S&P Global Market Intelligence. That same month, the company drafted a filing statement proposing the establishment of an IPO.

It previously was known as Universal Hospital Services before rebranding as Agiliti in 2018. It acquired Northfield Medical, a provider of nationwide surgical equipment repair services, in March for $475 million, and before that, acquired Zetta Medical Technologies, a provider of services and parts for medical imaging equipment in 2019.

It also signed its own SPAC-backed buyout in 2019, in which an affiliate of the private equity firm Thomas H. Lee Partners became the majority owner of the company. The deal waived conditions that would have listed it on the Nasdaq.

Agiliti estimates the size of the total U.S. medical equipment market to be $14 billion, and projects it to grow at mid-single digits each year, reports Fierce Biotech. Because of the rise of hospital-acquired infections and COVID-19, it expects to see increased demand for reprocessing and sterilization of non-critical hardware.

Agiliti is currently in a quiet period and declined HCB News’ request for comment at this time.